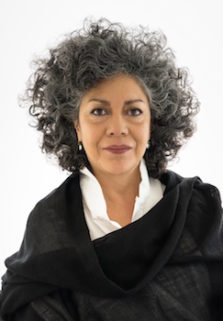 Doris Salcedo was named the winner of the inaugural Nomura Art Award, which will be given annually to one artist. The million-dollar prize is the largest cash prize in contemporary visual art, and is meant to allow an artist of major cultural significance to work on an ambitious project they didn’t previously have the resources to realise.

Salcedo, who was born in 1958 in Bogotá, is known for her sculptures and installations honoring those who are marginalized or forgotten, including victims of violence or disempowered groups and individuals. The Nomura Art Award will help Salcedo continue her series “Acts of Mourning” (1999–present), which comprises large-scale works made in collaboration with thousands of people and are meant to help communities cope with pain caused by violent conflict in Colombia. She now hopes to create memorials in remote regions of Colombia that have suffered disproportionately from the civil war.

In a statement, Salcedo said:

“Producing projects capable of honoring the experience of victims of violence requires a large investment in time and organization, sometimes with many collaborators. Because of this Award, I am now able to move ahead much more quickly than I had expected with a project that is important to me, and that I hope will touch many people.”

A solo exhibition of Doris Salcedo work, titled “Acts of Mourning” showed at IMMA (Dublin) from 26 April – 21 July 2019. The exhibition focused on key aspects of the artist’s career since the 1990’s and the challenges her work poses to the traditions of sculpture. The exhibition featured six bodies of work including two substantial installations works A Flor de Piel II (2013-2014) and Plegaria Muda (2008-2010), as well as works from the Disremembered (2014-2017), Atrabiliarios (1996) and Untitled (furniture works) (1990-2016) series. The artist’s more recent sculpture series Tabula Rasa (2018), which is inspired by Salcedo’s conversations with survivors of sexual violence at the hands of armed men, was also included.

Artists cannot apply for the Nomura Art Award, which is instead awarded by a panel of international judges, including the directors of the Museum of Contemporary Art in Tokyo, the Robert Rauschenberg Foundation, and The Metropolitan Museum of Art. Late critic and curator Okwui Enwezor also served on the jury, which completed deliberations before his death in March.