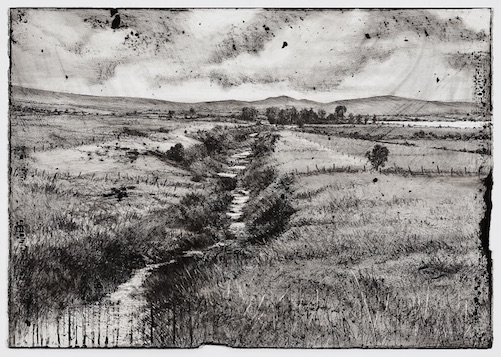 Michael Wann is a contemporary visual artist whose work is exclusively drawing based. His work has been selected for the Royal Hibernian Academy’s Annual Exhibition since 2004, where in 2006 he was awarded the AXA Insurance Drawing Prize and in 2016 the ESB Sean Keating Prize and RHA Silver Medal. In 2010 Hughie O’Donoghue selected Wann’s work for the Tom Caldwell Drawing Prize and the Rowel Friers Perpetual Trophy at the Royal Ulster Academy’s 129th Annual Exhibition. In 2013 he was awarded a merit prize by the trustees of the Golden Fleece and in 2019 his work was selected for exhibition in New York by the U.S. branch of the Florence Academy. His work forms part of public and private collections in Ireland, U.K., France, Germany, Switzerland, Australia, New Zealand and the United States.