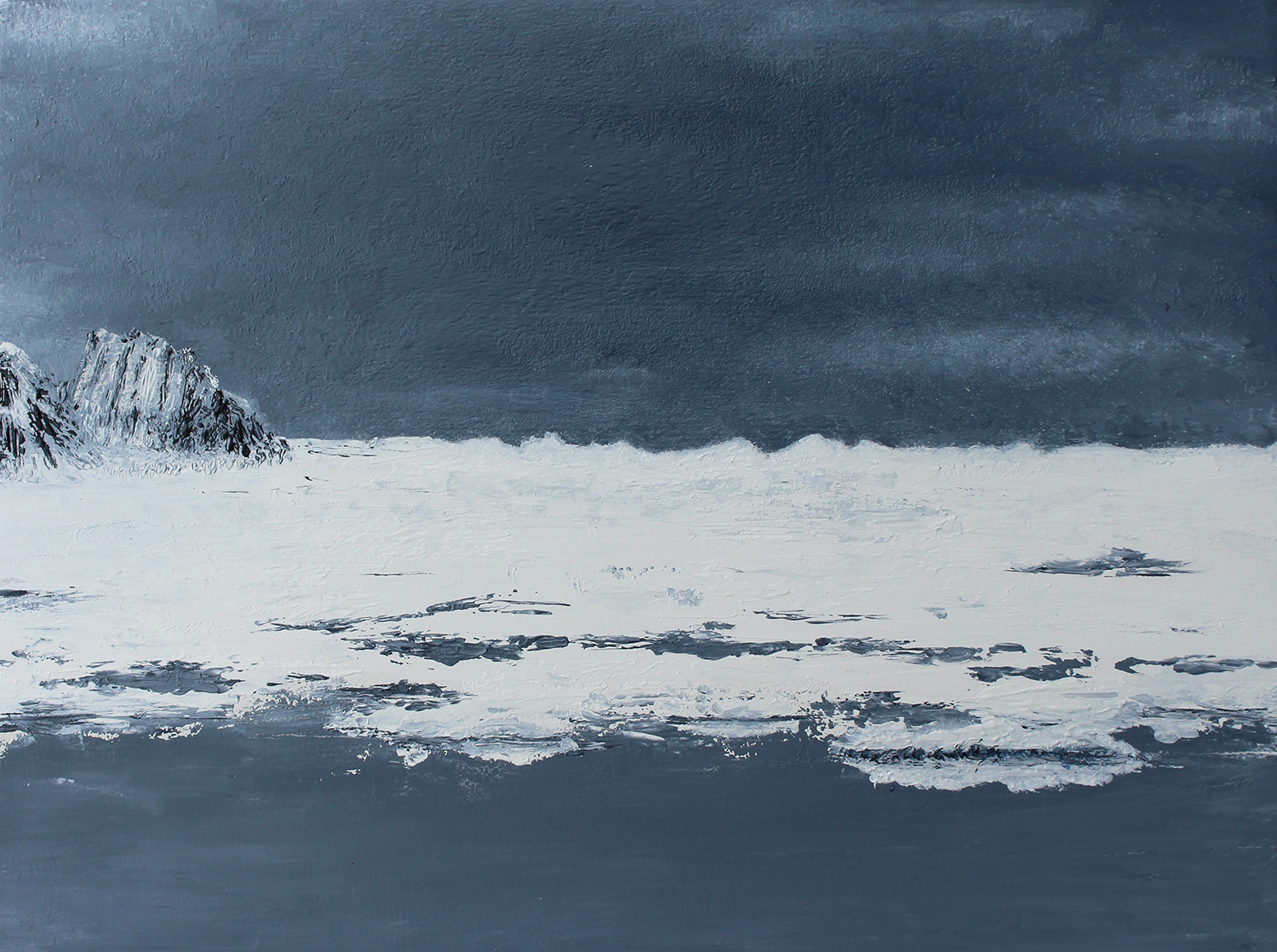 Artist and former physicist Angela Gilmour presents a response to her experience on The Arctic Circle residency program, having spent three weeks on expedition during the Summer Solstice (midnight sun) in 2019. International artists, scientists and innovators live and work aboard a Barquentine Tall Ship while sailing the waters of the international territory of Svalbard, an Arctic archipelago just 10 degrees latitude from the North Pole. Arctica is a prehistoric continent of which the High Arctic and Svalbard are part of the remaining fragments, now also under threat from climate change. Angela Gilmour’s art practice is inspired by scientific observation. In this collection, she looks at the way nature is affected by climate change, and how the actions of humans drive that change. Her work combines landscape, emotion and data to emphasise the fragility of life.

Originally from Scotland, Gilmour now lives in Cork, Ireland. After graduating with an honours degree in Fine Art from CIT Crawford College of Art and Design in 2015 she was subsequently awarded ‘Student of the Year’ by The Lavit Gallery and Cork Art Society and her first class honours research thesis was Highly Commended at the international Undergraduate Awards. In 2016 she was awarded residencies in Sample Studios and the National Sculpture Factory, and in 2017 she was shortlisted for the Emerging Irish Artist Award by Burren College of Art. Recent exhibitions include; The Sum of All Parts, a touring solo show funded by Science Foundation Ireland as part of an artist residency with Tyndall National Institute and Irish Photonics Integrated Circuits (2016-18); a group exhibition The New State curated by Anne Hodge, Curator at the National Gallery of Ireland and Angela Griffith, Assistant Professor at Trinity College Dublin (2019). Current and upcoming exhibitions include ‘Weather the Weather’ a Sciart Initiative, New York Hall of Science (2019-2020) and Mouth of a shark, Edinburgh Printmakers (2019). Her work is held in public and private collections, including University College Cork. Currently Gilmour is a member of Backwater Artists Group and Cork Printmakers.