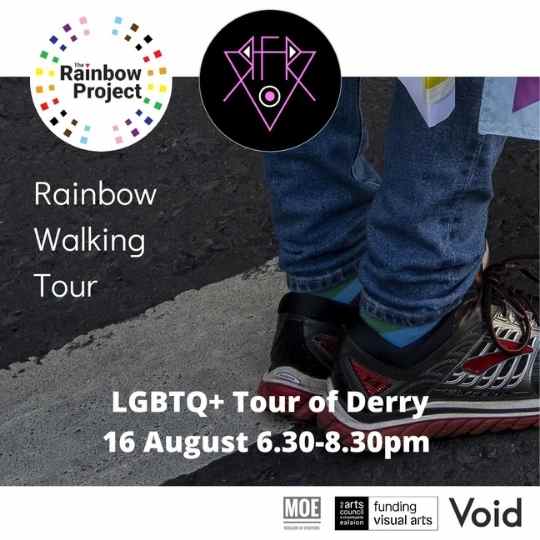 Join Eimear Willis of Rainbow Project for a fascinating stroll through Derry where you will encounter some of the founding members of Foyle Pride and other LGBTQ+ activists who will share historic stories of the city and their own experiences along the way.

This tour is part of Rewind Fastforward Record’s (RFR) public programme as they undertake a three-week residency at Void Gallery. RFR is an initiative aimed at engaging with LGBTQ+ community groups on a national platform to uncover queer histories and expand their retelling and relevance through artistic interpretation. Through a series of talks, tours, workshops and personal accounts RFR will develop a body of creative responses to be presented as a touring exhibition to regional locations across the country.