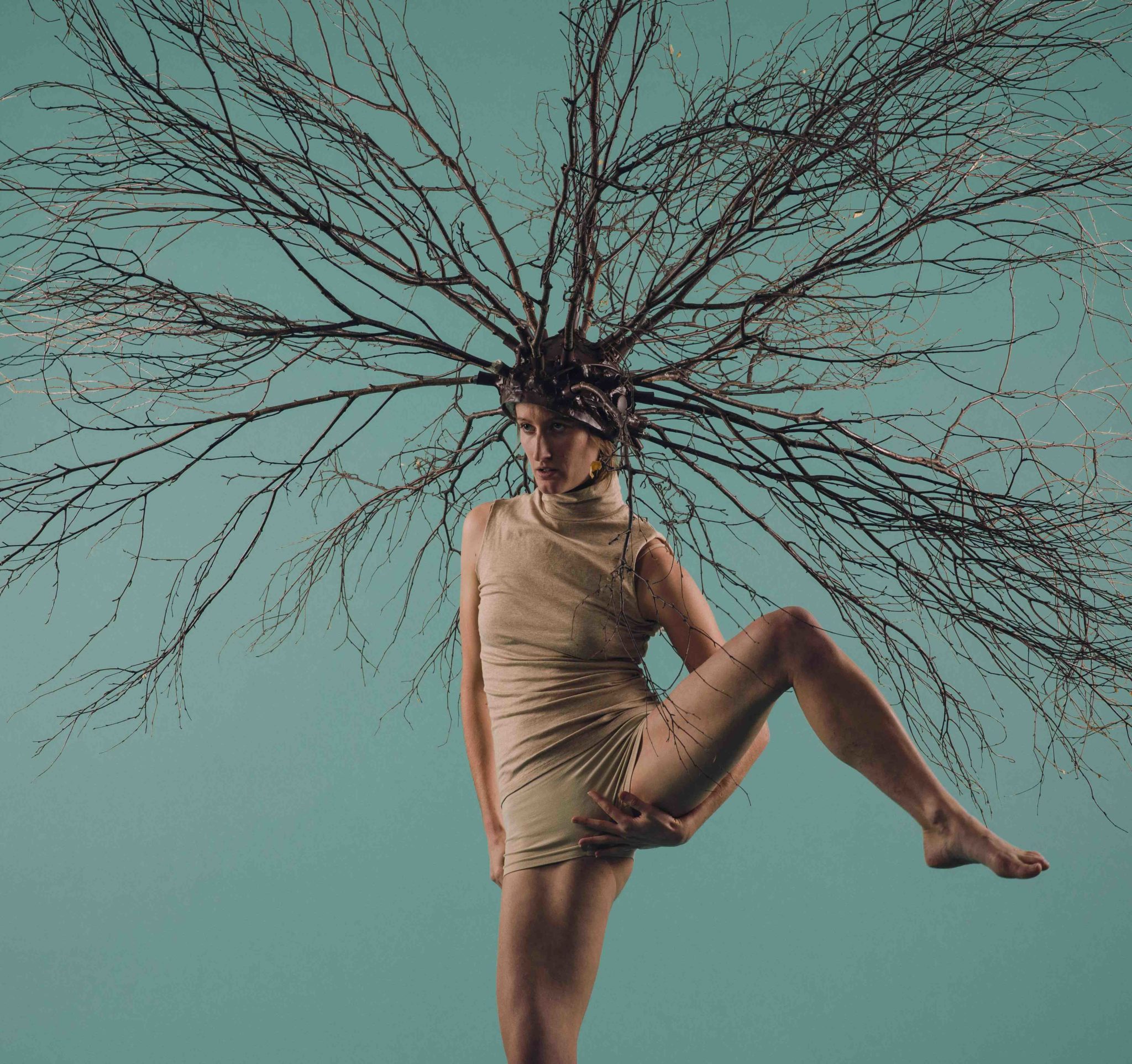 Junk Ensemble collaborate with acclaimed visual artist Alice Maher for their new work The Misunderstanding of Myrrha, which reawakens the tale of Myrrha from ancient Greek mythology and Ovid. This stunning contemporary take on the classical myth will have its Avant-Premiere at Mermaid Arts Centre, Bray on Thursday 13th February.

As recounted in the myth of Aphrodite’s Curse, the mortal Myrrha was cursed by the goddess to fall in love with her own father King Cinyras of Cyprus. Myrrha tricked him into sleeping with her and fell pregnant with his child, who was named Adonis. Fleeing Arabia and her father’s violent fury at her deception, she begged the gods to take pity on her and she was transformed from her human form into a myrrh tree. The sap that falls from the tree are Myrrha’s tears of shame and sadness.

This tale of transformation from female into hybrid form is re-imagined so that Myrrha’s story is finally told by a woman – we hear it through Myrrha’s once muted voice. Presented through intricate choreography, text, music and visual design, the solo dance work cycles through the tragedy of Myrrha’s plight, the acceptance of her fate, and the hope that is unearthed from the trauma. Myrrha’s existence becomes a thing of beauty as she spits out her fate and declares herself a new being: beyond woman, man or tree.

Megan and Jessica Kennedy of Junk Ensemble say of this new work, ‘We are interested in re-imagining Myrrha’s tale to give the narrative a female voice and allow Myrrha to move beyond the trauma that befell her. We pick up the story after the birth of her child, where she rips the myth apart and forges a new path – however broken, it is hers to tell. Rather than repeating the myth, we are instead focusing on the cycle of trauma and the rippling, ricocheting effect that abuse can have on a person. We are focusing on how one moves forwards with that trauma, carrying the changes with them and evolving into a different person – whereby destruction becomes reconstruction. We want to show the positive growth through adaptation, and the beauty in hybridity & transformation as an act of recreation.’

Alice Maher continues, ‘I think the human body itself is the ideal medium through which the foundation myths, laws and beliefs of civilisation can be excavated, exposed and re-evaluated.’

Current Project Arts Centre Associate Artists and previous Artists-in-Residence at The Tate, Junk Ensemble is a multi-award winning company that has built a reputation as one of Ireland’s leading voices in dance – creating brave and imaginative work that sheds light on important human issues relevant to society today. Alice Maher’s visual art touches on a wide range of subjects often reprising, challenging and expanding mythic and vernacular narratives. She was elected to Aosdána in 1996, and she has collaborated in many different fields, including theatre, literature, performance and film.

‘Exquisite and unforgettable’ The Arts Review on The Bystander ★★★★

in collaboration with the cast