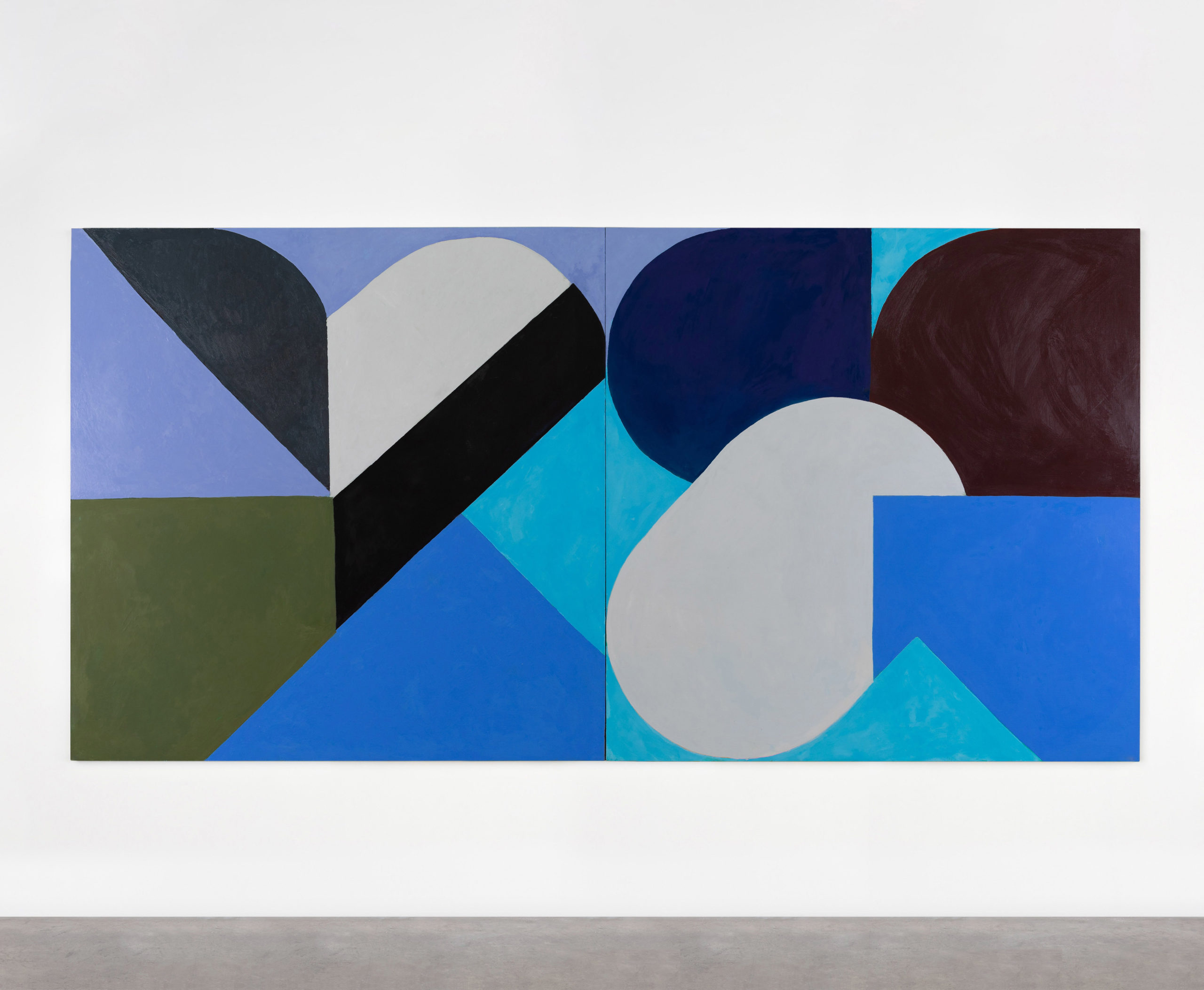 Loading Map....
Kerlin Gallery
Anne’s Lane - Dublin
'.__('Events', 'events-manager').'
53.3407178 -6.259748299999956
Kerlin Gallery is now open to the public and no appointment is necessary.  Please be aware our new visiting hours are:  Tuesday to Friday 11am – 5pm and Saturdays 11am – 4pm.
Kerlin Gallery is pleased to announce that the gallery will re-open to the public presenting an exhibition of new paintings by Richard Gorman, dalkey 2.
dalkey 2 is the second part to the exhibition by Richard Gorman that began in early March but was quickly interrupted by Covid-19. All of these paintings were made by Richard while he was cocooning in his studio in Dublin during ‘lockdown’.
In dalkey 2, Gorman continues with his personal take on the ’emotional geometry’ for which he has become celebrated in the past two decades. Approached with a lightness of touch, the works carry a renewed sense of movement and immediacy: angular, interlocking blocks of colour seem to spiral outwards, while radial shapes pirouette on their axis.
As Gorman’s understanding and mastery of colour has deepened, he has begun to use it not only as a harmonic device, but as an active and animating element in his paintings: flat blocks of colour step to an offbeat rhythm, laid down in a jazz cool palette. Giving a nod to the gestural, expressionist works with which Gorman began his career in the 1980s, this new body of work takes on a more liberated, looser and freer painterly approach, all while demonstrating the intuitive balancing of colour, form and line that his work is prized for.
Recent solo exhibitions include: dalkey, Kerlin Gallery, Dublin (2020); Keijo, Chigasaki Museum, Japan (2019); Kerlin Gallery, Dublin (2016, 2012, 2006, 2003); KAN, Assab One, Milan (2015); KIN, The MAC, Belfast (2014); Richard Gorman, Painting and Prints, Mitaka City Gallery of Art & Ashikaga City Museum of Art Japan (Both 2010); Shuffle, Royal Hibernian Academy, Dublin (2009); Oeuvres nouvelles, Centre Culturel Irlandais, Paris (2007); Paintings and Paper Works, Koriyama City Museum of Art Koriyama, Japan (2002); Big Blue, Mural Koriyama City Museum of Art Fukushima, Japan (2002); Nine Paintings, Royal Hibernian Academy, Dublin and Crawford Art Gallery, Cork, (2001); Made in Japan, Limerick City Art Gallery, Limerick, Ireland (2000) and Mitami City Gallery of Art and Mitaka City Art Foundation, Japan (1999). Recent group exhibitions include: Der Spiegel Galerie, Cologne; Irish Museum of Modern Art, Dublin; and ‘A Measured Quietude’, an exhibition of contemporary Irish drawings, which toured the Berkeley Art Museum, California and The Drawing Centre, New York.
Share:
FacebookTwitterLinkedInTumblrEmail