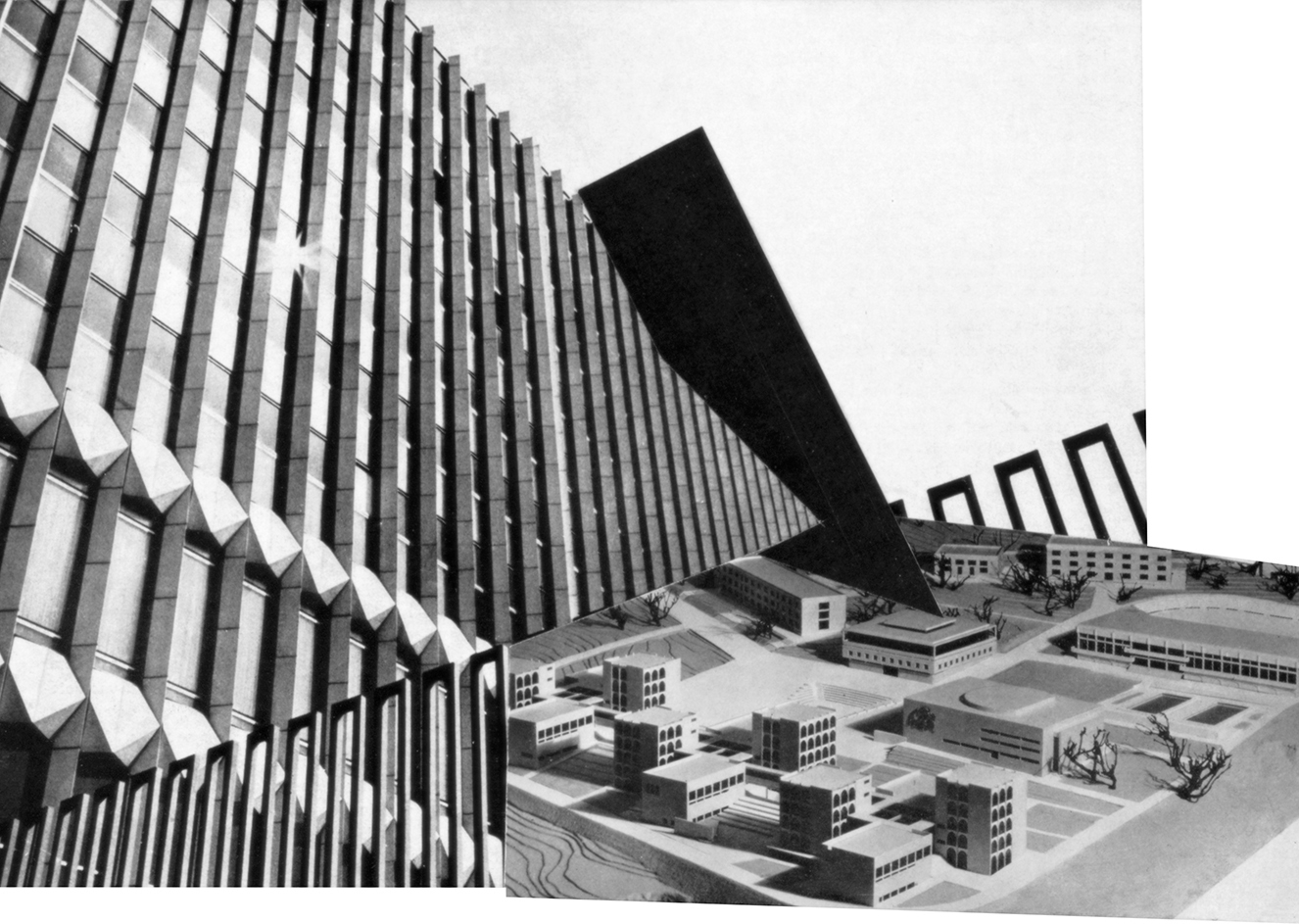 Aikaterini Gegisian’s practice centres on her personal lived experience of neoliberal regimes and collective narratives of displacement and the diaspora. The often-autobiographical work makes visible governmental tactics toward constructing individual and national identity through censorship and propaganda. Gegisian’s research draws her to a variety of materials exploring popular cultures in Armenia, Turkey and Greece, from tourist catalogues to Soviet photograph albums. Through montage and collage, she brings together fragmented contemporary and historical images, facilitating dialogues across diverse geographical and political contexts.

‘Exercises in Speaking Out, Volume 2 (Architecture)’ is part of an ongoing series of photographic collages by Aikaterini Gegisian that rewrites the history of photography according to eight topologies – nude, architecture, botanical, portraiture, interiors, wildlife, landscape and product – through exposing the patriarchal mechanics behind the material, chemical and technological processes of image production. This exhibition presents the second volume, on the topic of architecture, which deals with relationships between representations of modernist architecture drawn from Soviet and East German sources and photographs exposing the realities of social struggles in Greece during the 1990s.

Aikaterini Gegisian studied at the University of Brighton, Chelsea College of Arts, University of the Arts London, and the University of Westminster. She has been a research fellow at the Library of Congress, Washington, DC, and Künstlerhaus Büchsenhausen, Innsbruck, Austria. She was featured in Armenity/Haiyutioun, the Armenian Pavilion at the 2015 Venice Biennale, and was awarded the Golden Lion for best national participation. Her work has recently appeared at the Institut Valencià d’Art Modern, Valencia, Spain; the Jewish Museum and Tolerance Center, Moscow; Kunsthalle Osnabrück, Germany; and Middlesbrough Institute of Modern Art, England.