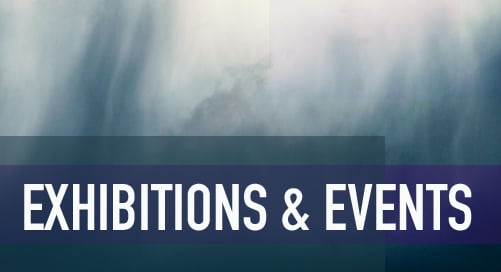 Formalist Excesses is an exhibition of paintings by Michael Hegarty taking place during Kinsale Arts Weekend 2022 at The Temperance Hall.

‘Graduating in fine art from the Crawford in Cork in 1981 my work instinctively reflected the art ideas of the time represented by movements such as firstly The Pictures Generation and then Neo-Geometric Conceptualism. Today I see my work grounded in concepts originating in these movements. Neo-Geo artists created artworks that were influenced by the style of earlier developments in twentieth century art –such as Minimalism, Pop Art, and Hardedge Abstraction. Grace Glueck, one of the key documenters of the movement, notes “The painters among the Neo-Geo movement consciously recycled geometric motifs of the 1960’s and 70’s in their canvases, but put them to new use, regarding their geometry as referential rather than abstract.”

The works explore the topographic nuances of consumer culture, the vagaries of taste in the use of found fabrics from domestic interiors and the rotations of fashion and obsolescence. The oval format I use references the quaintness of modernist abstraction; the utopian belief in new promises and shapes of the future, a future that certainly cannot be taken for granted any more.’