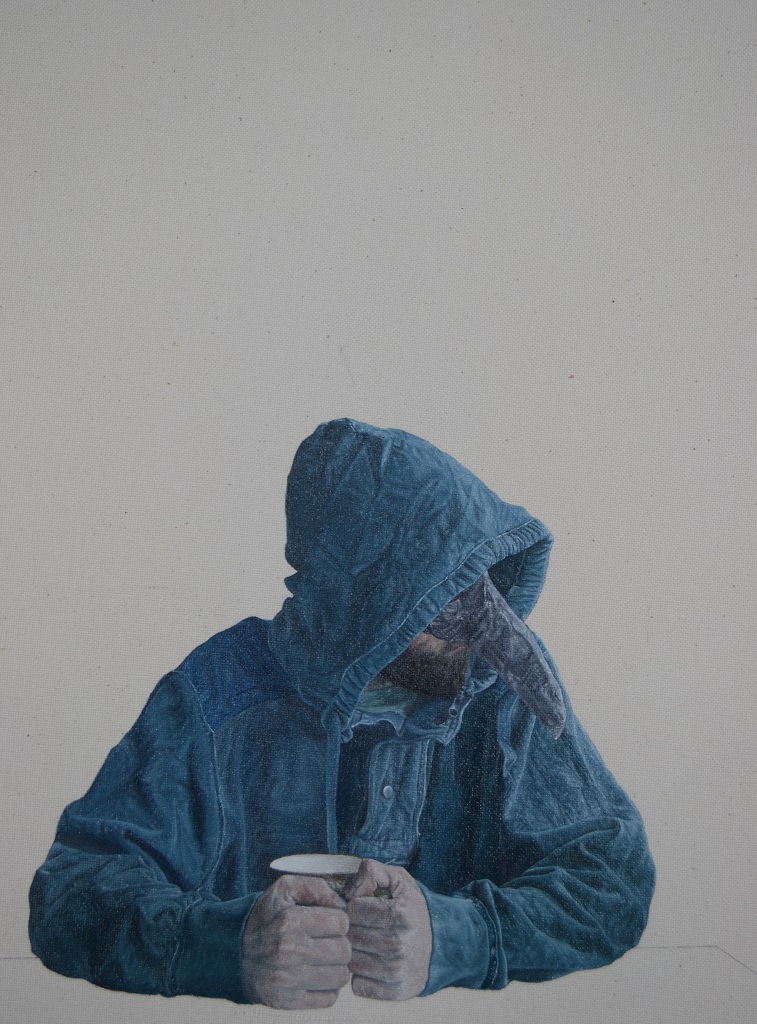 Custom House Studios + Gallery are pleased to host an exhibition of paintings ‘From Under the Hill’ by Pat Byrne.  Exhibition runs from Thursday, 3rd June until Sunday, 27th June 2021.

Pat Byrne’s practice explores superstitions and folklore as he looks at mythological humanoids and fairies while attempting to portray them in a more realistic and contemporary fashion wanting to render them as somebody who could possibly pass us by on the street. Superstitions have always held a core place in Irish culture but as time progresses the mischievous and malevolent spirits that once occupied the spoken word and imagination are being forgotten only to be seen as figures of parody. The lack of faith and interest in this make-believe world is something that he felt reflects the current economic climate in Ireland with so many people unemployed and no structure to their daily lives, figures of folklore are effectively in the same situation and on the mythological dole queue simply living out each day completing mundane tasks.

Pat took the leprechaun as a starting point for the subject matter of his work painting the shoe maker in casual attire such as hoodies and tracksuits tucked into socks. He took the assumptions people have of these clothes and style of dress as synonymous with shady character and used them to amplify the shoe making fairy’s reputation as a trickster. As Pat works from photographic sets that he has posed for himself, the hoodie allowed for anonymity, not wanting to have these figures identifiable but to retain a certain status as a talisman of Ireland while inadvertently adding a theatrical element to the work.

Pat Byrne is an Irish artist based in County Laois. He graduated in 2015 from the National College of Art and Design, Dublin with an MFA in painting. Prior to this he graduated with a BA Honours Degree in Fine Art from Galway – Mayo Institute of Technology in 2010. Recent exhibitions include The Soul Noir Festival of the Dark Arts, Dublin at which he received the Best Emerging Artist Award, Myth & Lore at Styx, London, To Catch a Certain Fortune at Birr Arts Festival, and Beneath the Dock Leaf at the Dunamaise Arts Centre.