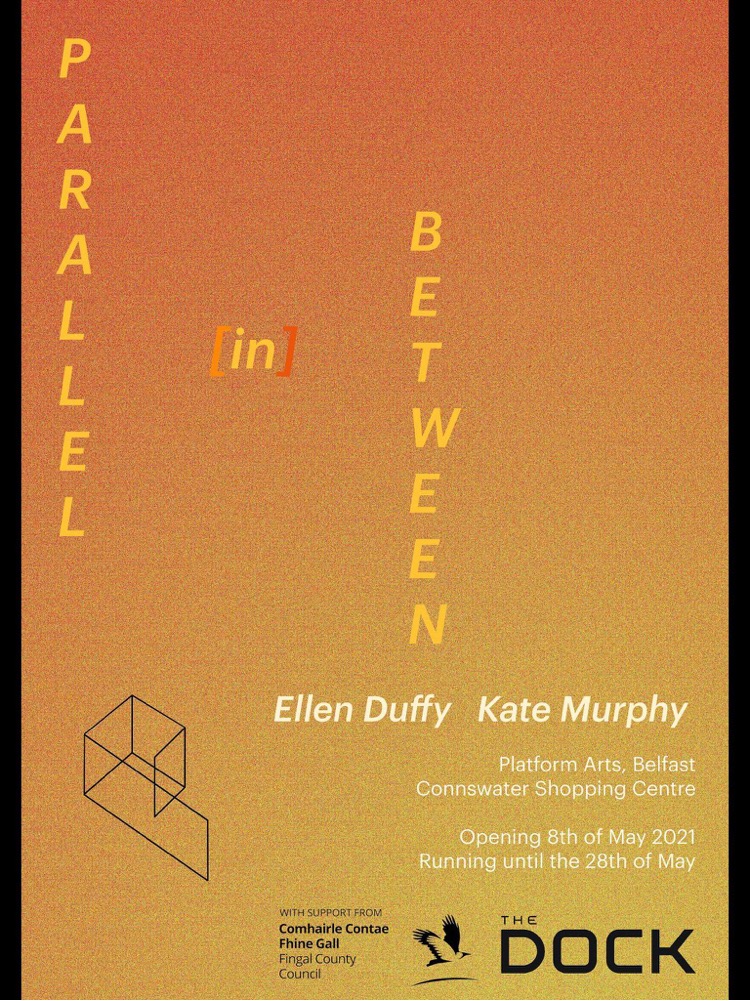 Parallel [in]Between is an ongoing project of exchange and collaboration between Visual Artists Ellen Duffy and Kate Murphy.

It began with a series of works on paper and small fabricated structures the pair worked on together by sending work back and forth by Irelands national postal service, An Post. Each artist contributed a series of mark makings, then exchanged the works and added upon the other artists contribution. These works on paper were the foundations of the project that allowed the pair to work through the future sculptural elements. During the four day long studio aspect of the project in the Bkb Studios, Dublin they worked collaboratively to create a number of assemblages through material exploration and responding to the characteristics and the light in the gallery space. They assembled and installed a number of separate interventions and sculptural works over a period of four days. Some of the objects used to create the site-responsive installations were fabricated through processes, like; plaster mould making and others were found materials and preexisting structures. Through their process led practice of assembling, installing, moving, and reflecting the artists collectively produced a series of works. They include finished pieces, works in progress and small scale material explorations that held equal standing within the context of this project.