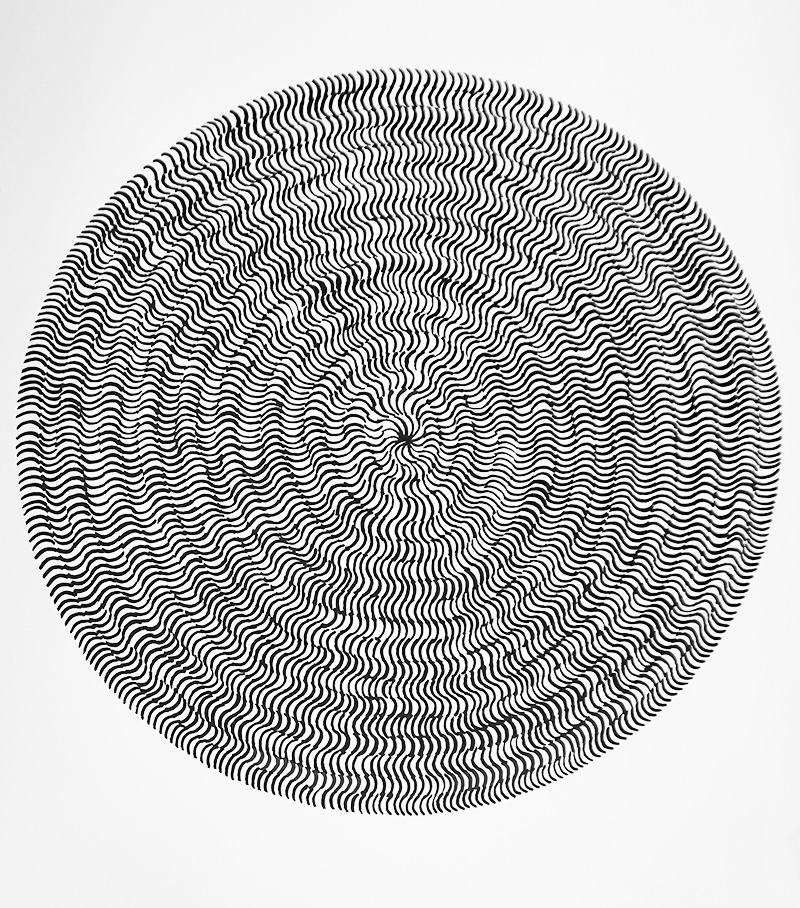 Gary Shaw is well known for his geometric paintings, like the  series of signal flags, full of geometric shapes and colours, spelling out words for the initiated in this vocabulary.

GYRE 2 will show three work groups of his drawing output: Drawings of circles, Sketches of passers-by and kinetic animations.

The first group consists of circular drawings which also give the mysterious title ‘Gyres’. Gyre is a term mostly used in oceanography and means a circular or spiral path, a motion or large current. A very apt description of the work. At first glance the drawings look calming and meditative like a mandorla, but then reveal a nervous energy, where the lines turn to sparks in a fire wheel. Some of the work are drawn with  liquid graphite, some on the i-pad, then printed.

The second group are a random selection of print-outs from hundreds of sketches on the iPad of passers-by from his studio window. Calligraphy like drawings as if Garry Shaw designs a new alphabet formed by movements of people in a rush.

The third group, shown on a large monitor, are short, looped kinetic animations, drawings with static, geometrical  elements, through or around which currents of graphic lines, dots, hatches flow. Beautiful and playful acts of juggling with formal lines and drawing.