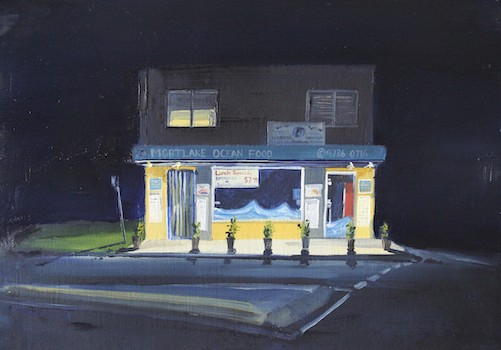 Home: Being and belonging in contemporary Ireland marks the concluding instalment of a trilogy of exhibitions presented at the Glucksman to mark the Decade of Commemorations through contemporary Irish art. While the exhibitions 2116: Forecast of the Next Century considered visions of the future ahead and The Parted Veil: Commemoration in Photographic Practices reflected on how we remember the past, this final show brings viewers back to the present to explore concepts of being and belonging in contemporary Ireland.

In his address to the UN General Assembly on 25 September 2019, President Michael D. Higgins stated that “we have a deep sense, from our own experiences, of the centrality of national identity and a sense of belonging, and how this persists through decades and centuries.”

From critical issues such as housing and the climate crisis, to immigration, multiculturalism and the changing perception of Ireland on the global stage, where and how we live shapes our understanding of who we are. The Glucksman invited artists from across the island of Ireland to submit works in all media that relate to ideas of residency, placemaking, identity, and nationhood.

The 16 artists presented in HOME were selected by curators Chris Clarke and Fiona Kearney from 267 proposals. Their work represents a huge diversity in cultural thinking about ideas of home, even through the specific lens of Irish identity. The plurality of perspectives in this exhibition suggests multiple modes of being, as well as the joy and challenge of belonging in contemporary Irish society.