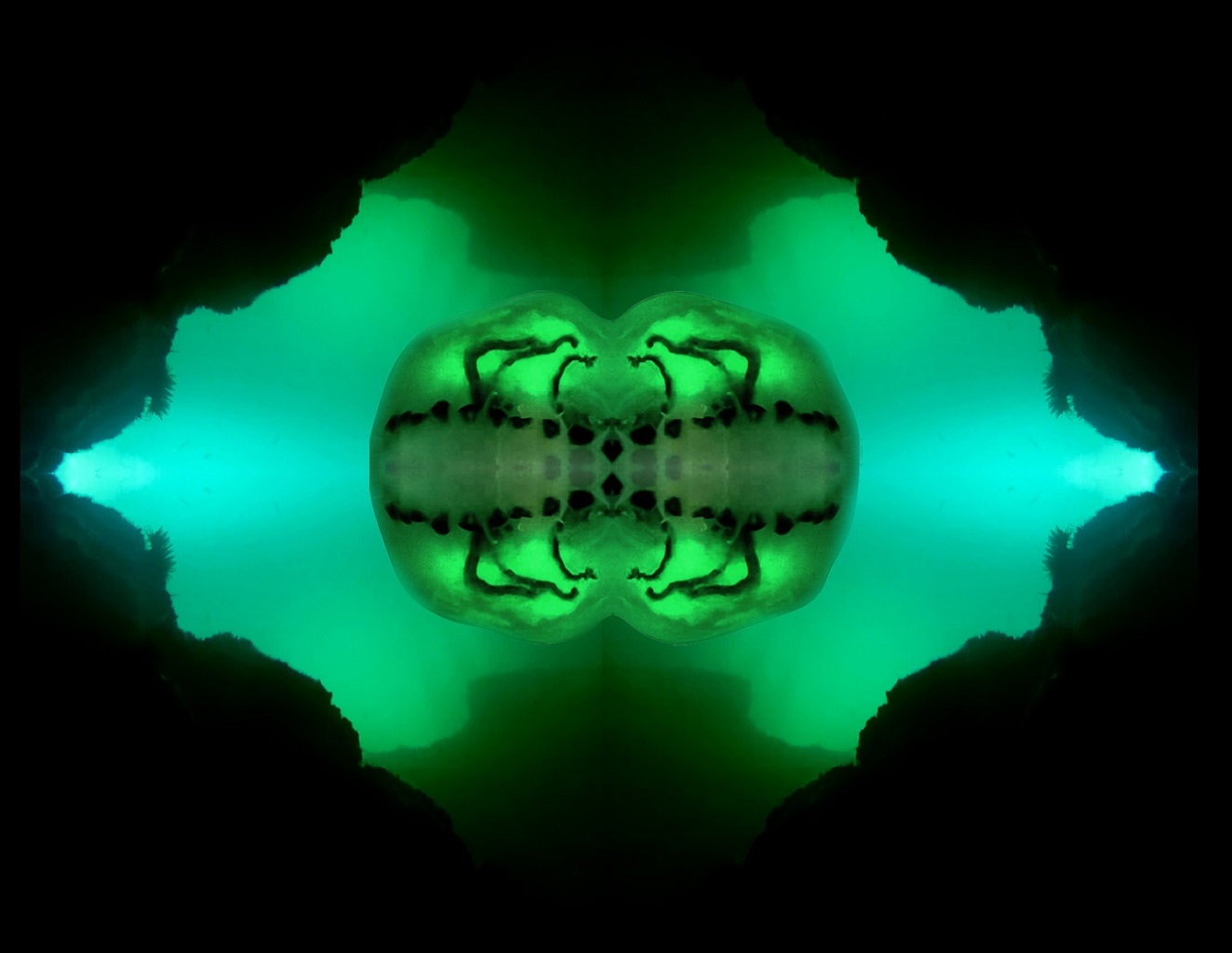 Custom House Studios + Gallery are pleased to host In The Hollow Rocks by Rayleen Clancy.

Rayleen Clancy is a visual artist based in County Waterford. She works in stained glass, painting, ceramics and video installation. Her work references mysticism, symbolism, female identities and human consciousness. Living on the southeast coast, the sea is a constant source of inspiration, her experience of open water swimming is a lens through which these topics are examined. Her work often depicts images of jellyfish, sharks, yetis, UFO’s, snakes, birds, biomorphic bodies and female genitalia embedded in underwater compositions.

The exhibition, ‘In the Hollow Rocks’, transforms the Custom House Gallery into a cavernous subaquatic space. The exterior windows are obscured except for stained glass roundels that glow from within, creating a contemplative space for the viewer. The gallery contains wall mounted stained glass light boxes depicting vulvaed forms pulsating through rocky canyons and creatures reminiscent of medieval bestiaries hybridised with modern day cryptid myths.  Rayleen’s video ‘The Secret Cave’ occupies the back gallery wall. The hypnotic underwater film takes the viewer on a psychedelic adventure, punctuated by pudendal forms that morph and float in rhythm to Percy Shelly’s ‘The Witch of Atlas’. This abridged version has been recontextualised; the witch is reflecting on the aging process and imagining her own mortality.

Rayleen has exhibited in group and solo shows across Ireland and Northern Ireland. Recent awards include The Arts Council Agility Award, ArtLinks Bursary Award, Waterford City and County Arts Grant, Cill Rialaig Residency Award and The Tyrone Guthrie Centre Residency Award. She has works in the Waterford Municipal Collection and the Office of Public Works Collection. She studied in Fine Art and Film in the National College of Art and Design, Dun Laoghaire Institute of Art and Technology and the San Francisco Art Institute.