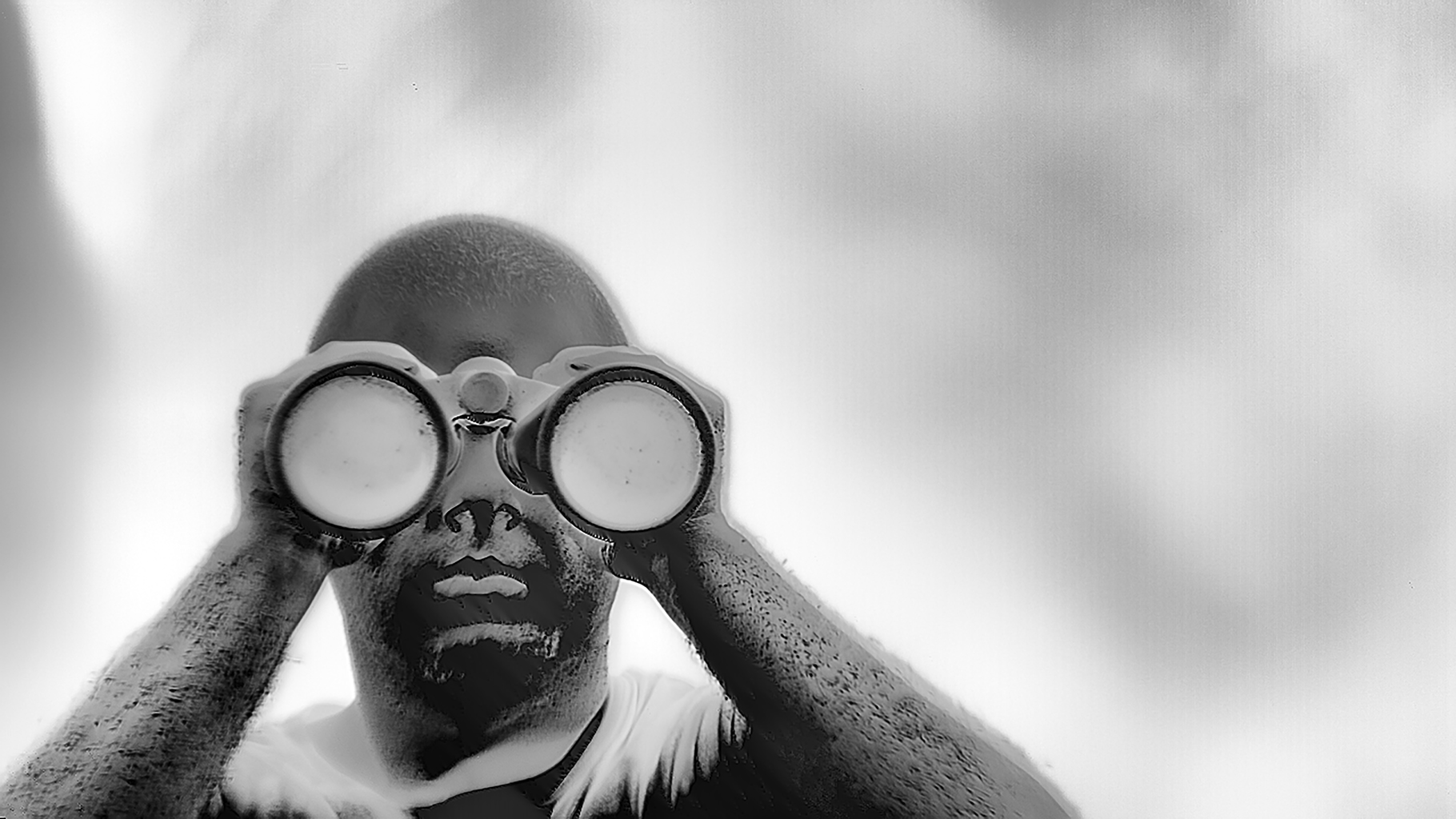 The Butler Gallery in partnership with Kilkenny Arts Festival is delighted to present the Irish premiere of Incoming by the award-winning Kilkenny-born artist Richard Mosse.

Mosse’s work documents the tragedies of our times. His video installation Incoming was made in response to the ongoing migration crisis in the Mediterranean.

To make Incoming, Mosse employed a highly specialized surveillance camera designed for military use that captures images by detecting thermal radiation, including the heat of a human body, from more than eighteen miles away, day or night. The black, white, and grey tones register temperature rather than colour and visible light, exposing the intimate stories of these refugees while providing a veil of privacy, isolating the plight of individuals while rendering them emblematic of humanity. By subverting this weapons-grade technology, intended for border enforcement and to track insurgents, Mosse hoped to reveal the “harsh, disparate, unpredictable, and frequently tragic narratives of migration and displacement.”

Made in collaboration with composer Ben Frost and cinematographer Trevor Tweeten, and filmed in six countries across three continents, Incoming is a highly immersive experience. Mosse presents viewers with the sights and sounds of a contemporary crisis: warm handprints lingering on hypothermic bodies, desperate cries and heroic efforts, prayers amidst chaos and mass confusion. Together these elements create an unsettling yet mesmerizing experience that aims, in Mosse’s words, “to implicate the viewer within the work’s gaze, to force the viewer to confront their own participation on many levels.”

Incoming is exhibited in the double-height gallery at Evans’ Home (itself once an almshouse, the refuge of its day).

With the world in turmoil, and the threat of further mass displacements to come, Mosse’s work asks timely, urgent questions about the ways in which the West tends to think, or not think, about refugees.

Richard Mosse (b. 1980, Kilkenny) lives and works in New York and Ireland. His first major survey exhibition, Displaced, is currently on show at MAST Foundation, Bologna. His work has been the subject of recent solo exhibitions at San Francisco Museum of Modern Art, the National Gallery of Art in Washington DC, Barbican Art Gallery in London, and the National Gallery of Victoria in Melbourne. Recent group exhibitions include Kunstmuseum Basel; ICA Boston; Minneapolis Institute of Art; Akademie der Kunst, Berlin; Hamburger Kunsthalle; Museum für Moderne Kunst, Frankfurt; National Museum of Modern and Contemporary Art, Seoul; Denver Art Museum; Salaam Kivu International Film Festival, Goma; The Victoria and Albert Museum, London; and the Tretyakov Gallery, Moscow. Mosse represented Ireland at the 55th Venice Art Biennale, curated by Anna O’Sullivan. He is a recipient of the Prix Pictet, the Deutsche Börse Photography Prize, a Guggenheim Fellowship, a Shifting Foundation Grant, the Yale Poynter Fellowship in Journalism, the Frankfurt Biennial B3 Award, a grant from the VIA Art Production Fund, Pulitzer Center on Crisis Reporting, the Leonore Annenberg Fellowship and is an Honorary Fellow of the Royal Photographic Society. Mosse has published seven books. His latest monograph, The Castle, published by MACK, was selected as one of the New York Times Magazine top ten Photobooks of 2018. Mosse earned an MFA in Photography from Yale University, a PG Dip in Fine Art from Goldsmiths, London, an MRes in Cultural Studies from the London Consortium, and a First-Class BA Honours degree in English Literature from King’s College London.