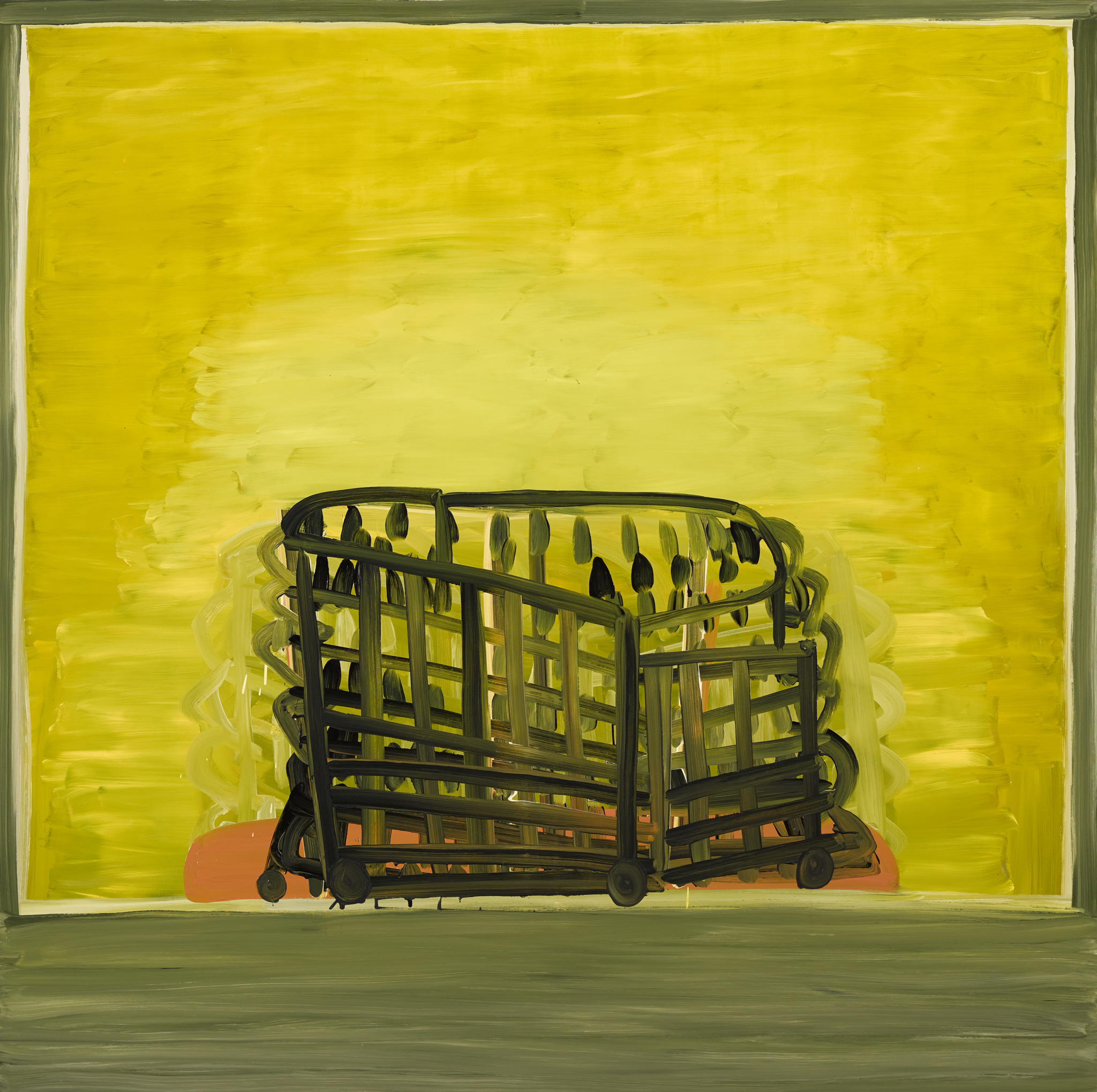 Mermaid Arts Centre is delighted to present an exhibition by Sinéad Ní Mhaonaigh, opening to the public on Friday 14th August at 11am.

Sinéad Ní Mhaonaigh graduated in 2001 from Fine Art Painting, TUI Dublin. She was elected as an associate member of the Royal Hibernian Academy in 2018. In 2019 she was awarded the HOTRON Art Award and was awarded The Hennessy Craig Scholarship, 2010. In addition she was nominated for the prestigious John Moores Painting Prize, held as part of the Liverpool Biennial, 2018, The Marmite Prize for Painting V shortlist, 2016, and AIB Prize shortlist, 2009.

Irish Times Art Critic Aidan Dunne in a 2019 review of her work wrote “Ní Mhaonaigh’s work certainly allows many readings and interpretations, but it is fair to say that it is not prescriptive in intent. And at its heart is an exceptional investment in and love for the medium of paint.”

Sinéad’s work to date has referred to spatial experience through her use of words in the Irish language that describe the lived environment. ‘Imlíne, Eatramh, Imeall, Ardán. This alliterative litany of nouns in Irish is derived from titles of solo exhibitions Ní Mhaonaigh has presented nationally and internationally in various venues over the past decade. As their equivalent terms in English – ‘Contour’, ‘Interval’, ‘Margin’, ‘Platform’ – cumulatively suggest, a prevailing concern in her work is the elaboration and exploration of bounded space. Given the particular nature of her painting, we are free to interpret this primarily in formal terms, as a concern with the construction of a pictorial architecture; or, alternatively, we may opt to relate it to the distinct varieties of socio-cultural or symbolic space invoked in individual pictures, and sometimes affirmed by their attendant titles. Such openness to ambiguity is telling. After all, she has always drawn freely on the legacy of modernist abstraction, while remaining happy to accommodate what modernist painting’s sternest gatekeeper, the American critic Clement Greenberg, dismissed as ‘homeless representation’ more than half a century ago. This determined indeterminacy, if we might call it that, has been a consistent aspect of her working method from the outset. Sinéad prefers to regard vagueness as a virtue rather than a vice, and prize evasion as a useful strategy as an artist.