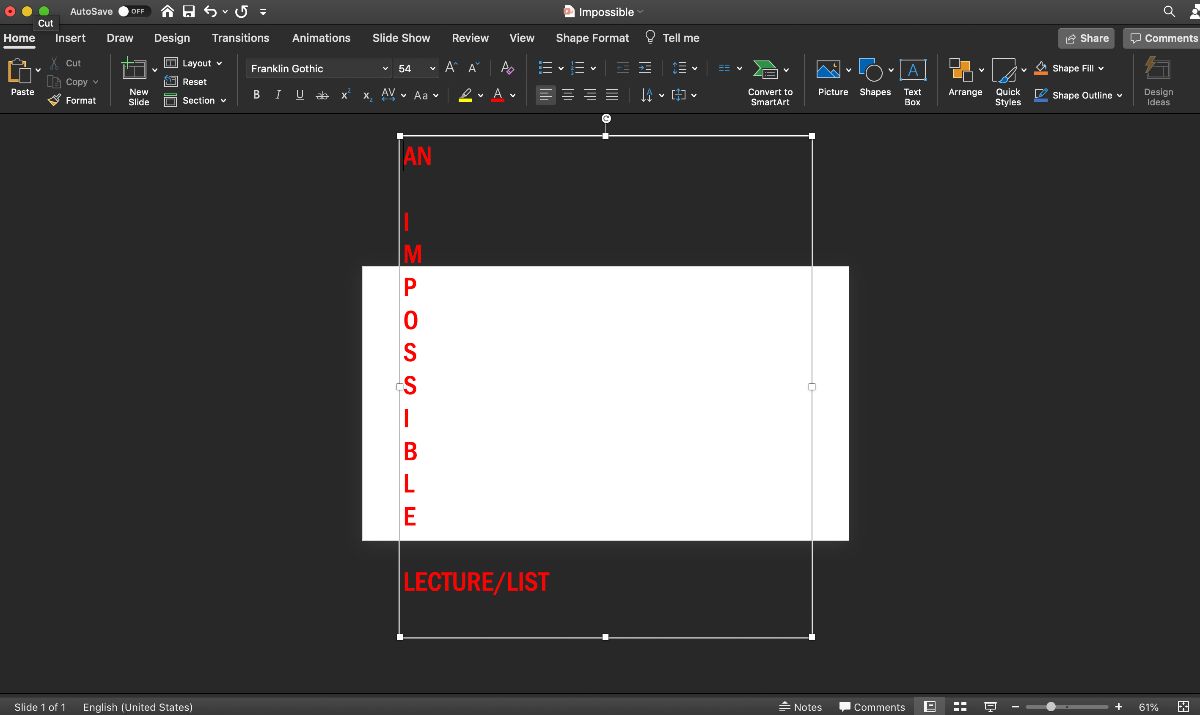 Register on Eventbrite for free tickets.

Now, the urgency and need to address what it might mean to organise and how to organise, to ‘demand the impossible’ [1] is necessary, if not vital. All is at stake.

An anthology of examples, subjects, themes, tangents, distractions that may be addressed include but are not limited to:

This virtual lecture will trace the ways that art has been conceived as a form of political activism since the early 20th century through to today. The lecture will take the form of a seemingly sporadic yet intricately linked list. The political histories, legacies, influences, successes, failures, and implications of artistic practices that have been positioned as forms of activism will be the focus of this list which can be used as resource for further conversations and direct action.

[1] ‘Be realistic: Demand the impossible’ a May 1968 quote referenced by the artist Tai Shani in a recently published opinion piece on the contemporary art world informs the title of this lecture. Specifically, the opinion piece outlines concerns with the ‘art worlds’ move towards the right https://artreview.com/why-art-workers-must-demand-the-impossible/

Frank Wasser is an artist, writer and art historian from the Liberties, Dublin who lives and works in London. He works across an array of materials and mediums that often concern writing and performance (on and off-page) and educational pedagogies. He has exhibited and lectured internationally. Recent Projects include: ‘The Slow abrogation of the…’ A solo performance at Jerwood Arts, London, Survey, a group show, BALTIC centre for contemporary arts, Newcastle, G39, Cardiff and The Bluecoat, Liverpool, THE LIVING NEWSPAPER (with Elaine Reynolds and Chris Timms), Tate Modern, London.

Wasser will publish his first book ‘Slip’ with the imprint MA Bibliotheque in April 2021. He is currently a Dphil candidate at Ruskin School of Art, University of Oxford and he lectures regularly at Tate Modern and Tate Britain. In 2018 Wasser was the recipient of an Arts Council of Ireland Visual Arts Bursary.

Pallas Projects/Studios is funded by The Arts Council