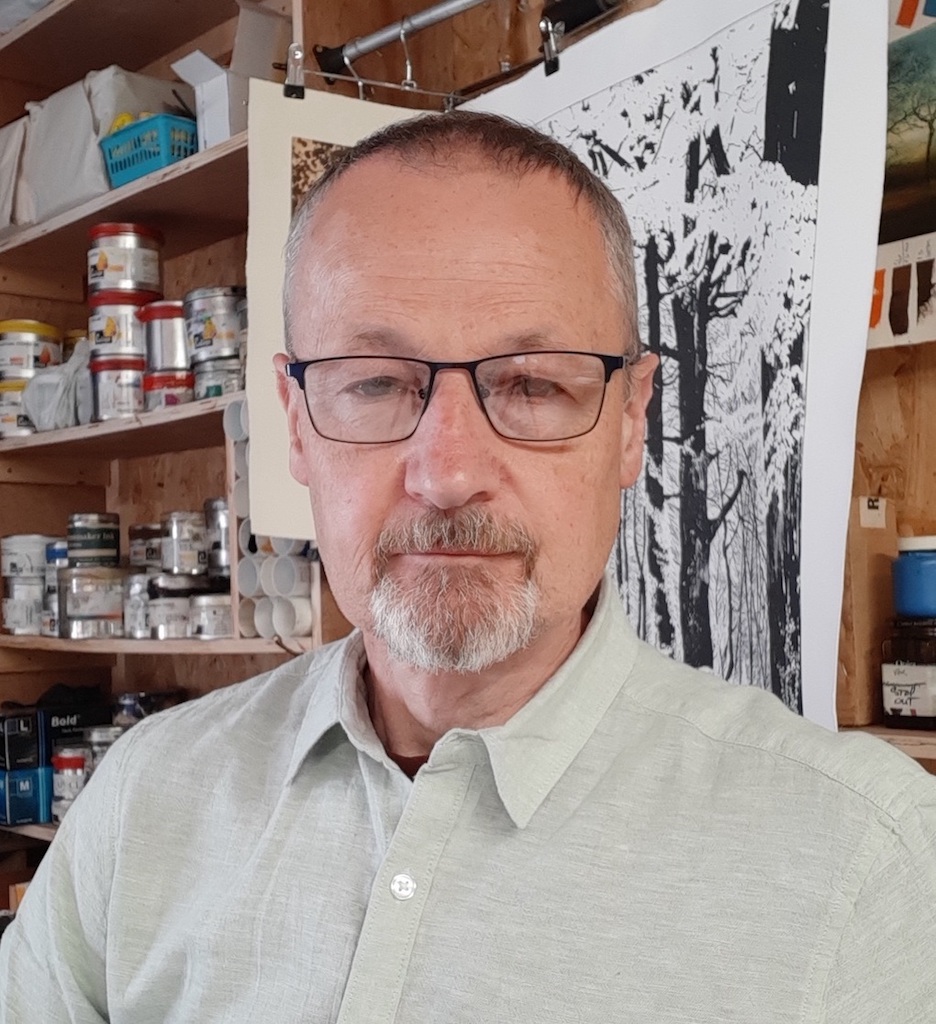 The Artist’s Well is a weekly programme via Zoom (live) at 10am on Saturdays and YouTube (recorded for playback) which provides viewers with an insight into the lives, work spaces and work practices of artists throughout Ireland and beyond in order to inspire, enlighten and connect each other.

Next Saturday’s guest is Robert Russell. Robert attended IADT Dun Laoghaire from 1979. He specialised in sculpture but also worked in painting and print. Robert has focused on printmaking since joining Graphic Studio Dublin in 1988 and is Studio Director and Master Printer there since 2007. His work is in the collections of The National Gallery of Ireland, The Chester Beatty Library and The British Library. He was awarded a prize for painting in the Taylor Art Competition in 1980, and received the Alfred Beit Award and the Norah McGuinness Award in 1993.

The Artist’s Well is a non-scripted, informal interview and studio tour format with the opportunity for viewers to ask questions at the end. It is the creation of and hosted by portrait artist Alan Keane www.aka.ie For invitations to attend the live events or to be a featured artist by our panel, please email alan@aka.ie

“The Artist’s Well” (title and content) is copyright Alan Keane and may not be shared or used in any way without the expressed written permission of the copyright owner and featured artists. For all enquiries contact alan@aka.ie