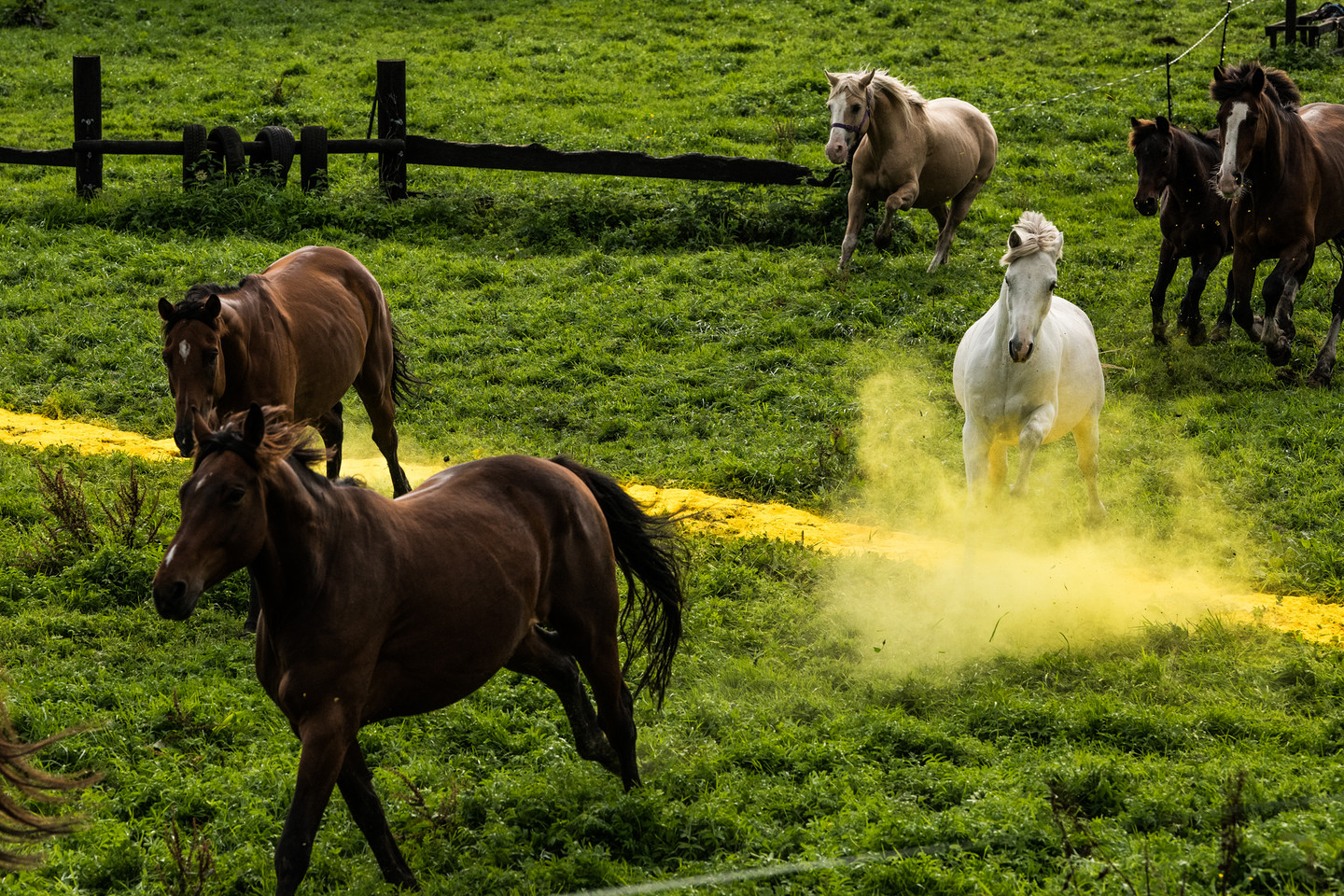 Across and In-Between was a creative collaboration between Suzanne Lacy and Cian Smyth with Helen Sharp and communities in Pettigo, Tullyhommon, Cuilcagh Mountain, Castle Saunderson, Magheraveely and Newtownbutler.

The webinar will discuss borders through socially engaged art and performance. It is joint presentation by Regional Cultural Centre, Letterkenny and BBeyond, Belfast, and in collaboration with the artists involved. Thanks also to Ulster University and Golden Thread Gallery Belfast for their support.

Suzanne Lacy is renowned as a pioneer in socially engaged and public performance art. Her installations, videos, and performances deal with sexual violence, rural and urban poverty, incarceration, labor and ageing. Lacy’s large-scale projects span the globe, including England, Colombia, Ecuador, Spain, Ireland and the U.S.

In 2019 she had a career retrospective at the San Francisco Museum of Modern Art and at Yerba Buena Art Center. Her work has been reviewed in major periodicals and books and she exhibits in museums across the world. Also known for her writing, Lacy edited Mapping the Terrain: New Genre Public Art and authored Leaving Art: Writings on Performance, Politics, and Publics, 1974-2007. She is a professor at the Roski School of Art and Design at the University of Southern California and a resident artist at 18th Street Arts Center.

Cian Smyth is a cultural programmer and producer who has advised, commissioned or made work with artists across disciplines: from film to visual arts; performing arts to digital works.

Projects, including work with Artichoke, Danny Boyle, Circa, Jeremy Deller, dreamthinkspeak, Duckie, Suzanne Lacy, John Peel Archive and Sadler’s Wells, have been commissioned through partners like London 2012, Hull UK City of Culture, The Space and 14-18 NOW. They have reached an audience of millions.

His career began as a bookseller in Ireland’s oldest bookstore, Hodges Figgis, before working at various film festivals and the UK Film Council and Northern Ireland Screen.

He founded the Maysles Brothers Documentary Competition with Albert Maysles at the Belfast Film Festival in 2005 and was a co-founder (2007) and Chair (2013 -2020) of Outburst Queer Arts Festival, working with queer artists and activists in Northern Ireland, South America and the Middle East. He is formerly a board member of the Arts Council of Northern Ireland (2015- 2020) and is a Fellow of the Royal Society of the Arts.

Born Northumbria, raised in The Outer Hebrides, live on an island in Fermanagh, Northern Ireland.

Sharp grew up on the island of Vatersay in Scotland and left the islands to take up a place in Edinburgh College of Art where she gained a First Class honours in Sculpture and received the Andrew Grant Bequest Scholarship for highest academic achievement. She went on to gain a Masters with Distinction in Time Based Art from Dartington College of Arts. After some time lecturing and also exhibiting internationally many times, Sharp became a director of Catalyst Arts Gallery in Belfast and completed a PhD from the University of Ulster.

Recently Sharp worked as Assistant Producer on The Yellow Line with internationally renowned artist Suzanne Lacy and has curated and produced exhibitions, live art events, and programmes of community arts over the last 20 years including Fix02 the largest festival of live art in Northern Ireland with 40 artists and 28 locations. She was invited to curate and produce ‘Humbly Through the Dust’ for The British Council, an exhibition featuring 20 artists including Tracey Emin, Grayson Perry, Henry Moore and Mark Wallinger. Sharp also writes for various publications.

Alastair MacLennan is Emeritus Professor of Fine Art, School of Art and Design, Ulster University in Belfast. He is one of Britain’s major practitioners in live art.

Since 1975 he has been based in Belfast and was a founder member of Belfast’s Art and Research Exchange. He is also a member of the European Performance Group called ‘Black Market International.’

During the 1970’s and 1980’s he made long durational performances in Britain and America, of up to 144 hours each, non-stop, usually neither eating nor sleeping throughout. Subject matter dealt with political, social and cultural malfunction.

Alastair MacLennan represented Ireland at the Venice Biennale, with inter-media work commemorating the names of all those who died as a result of the Political Troubles in Northern Ireland, from 1969 to then date (1997).

He currently travels extensively in Eastern and Western Europe, also America and Canada, presenting ‘Actuations’ (his term for Performance/Installations).

He has created a series of Market Stall Performance interventions internationally since the mid 1990’s, where surreal humour is employed to question aspects of consumerism and global political and social ethics.

He has also developed a new genre of Performance work generically entitled “Install-actions”, which are often visually elaborate and contain both political and spiritual metaphors. He is a founding member of Bbeyond and has had several directorial responsibilities within the organisation since its inception in 2001.

He creates solo and group performances & has exhibited/performed in diverse contexts within Europe, North America and Asia. He has also initiated and curated a number of projects nationally and internationally and has been involved with artist run organisations throughout Ireland.

Elaine Mcginn lives and works on the North east coast in Ireland. Emerging from the debris of social, political and cultural change, Mcginn entered formal art training in her mid-thirties, where she gained a BA Hons in Fine and applied arts from the Ulster of University and went on to study on the MSC Art Therapy programme in Queens University. Inspired by the process of Jungian individuation and informed by the circuitous nature of life events, Mcginn cultivates an essence of emotional release and forces the locks on resurgence through art practice.