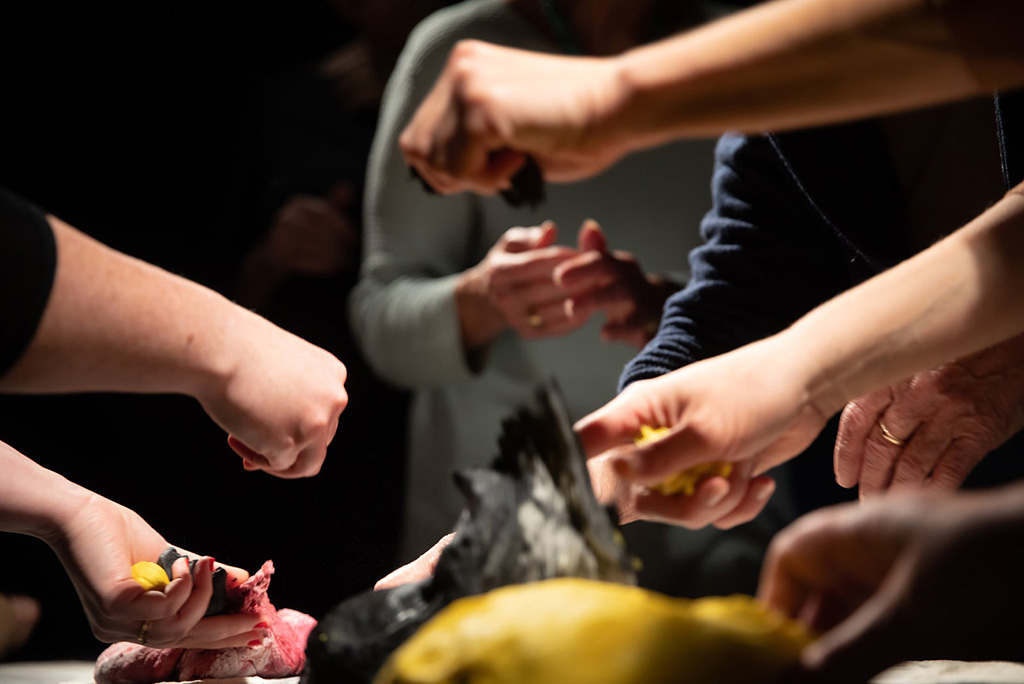 While we do not usually think of cooking shows and cookbooks as political or philosophical — they don’t demand from us a social concern, or present any sort of argument or side, they don’t tell us a story, and we don’t need to watch all episodes of a cooking show to know what’s going on or even to care (perhaps we’re in it just for one recipe) — they still influence our perceptions and notions of the world through methods and ingredients, acting as repositories of tastes and transmitters of ideas, somehow exerting their authority and validity through the format of ‘guidance’.

For the 12th edition of PhotoIreland Festival, we decided to produce an online cooking channel of our own, one that doesn’t suggest authority or instruction but rather inspires ideas, philosophical and historical consideration, and food for thought. Critical Recipes presents a programme of performances, taking the model of a cooking show as an inspiration and departure point to put forward critical discussions.

Grab a seat and enjoy a menu proposed by six artists through six episodes. It starts with a reflection on hospitality and hosting from Jennie Moran in collaboration with performance artist Aoibhinn O’Dea. Artist April Gertler leads us on a journey towards Ireland’s traditional cake, delving into its past and present. Deirdre O’Mahony draws on her decade-long research project SPUD, to inquire further into our colonial past. Deirdre’s Oppression Digestion is presented alongside Making Stock by Fiona Hallinan who proposes a symbiosis between taking care of our environments and ecologies through the nourishment and care of ourselves. The Center for Genomic Gastronomy take us a little farther from home in a conversational cooking show on national dishes, discussing how evolving Irish foodways might be in dialogue with the foodways of one of its neighbours to the north – Norway. Finally, Ana Nuñez Rodriguez brings together old and new stories from Ireland to build a new social memory around the potato, hosting different voices, perspectives, and resources around this mighty root.

Find out more about Critical Recipes and the full PhotoIreland Festival 2021 programme at 2021.photoireland.org