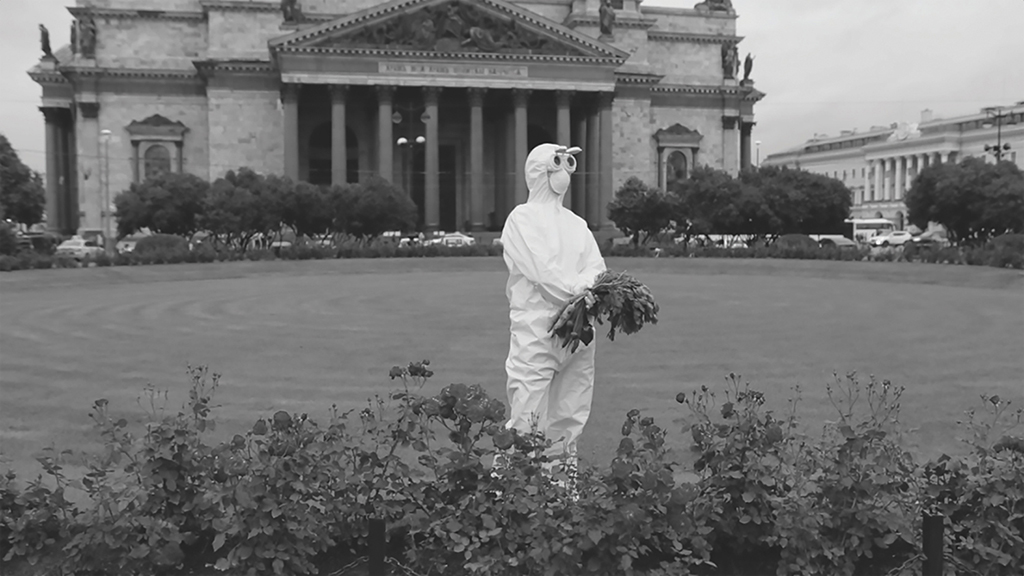 Food as Structural Unit of Politics, Transmitter Of Memory, and Matter of Art

Attendees are invited to read the monograph before the event, which will be sent upon booking.

This work examines a biopolitical approach to issues of food, specifically hunger and overconsumption. It is studied throughout traumatic periods of history, intertwined with a contemporary ideological understanding of lifestyle, fashion, and wellbeing. The notion of food is understood not only in its material physical and nutritional dimension, but also in its strong symbolic meaning actualised in visual representation, rituals, texts, and memory. The performative aspect of ingestion gives a subject for thought about the role of affects as an alternative expressive channel with a capacity to reach deeper layers of veiled desires and intentions.

The Reading Group will be led by Corina L. Apostol together with artist Ksenia Yurkova, talking through the themes within the monograph. This session is focused on discussion and interactivity with the audience, so attendants are welcome to engage and encouraged to read the monograph beforehand.

Yurkova’s project Spinebone Soup and Stuffed Rabbit is presented in the festival’s main group exhibition Bite the Hand That Feeds You at Rathfarnham Castle until the 2nd August.

Corina L. Apostol is a curator at the Tallinn Art Hall and the curator of the Estonian Pavilion at the 59th Venice Biennale. She is a curator and member of the steering committee of “Beyond Matter,” an international, collaborative, practice-based research project that takes culture to the verge of virtual reality. Recently, she curated the second edition of the Shelter Festival: “Cosmopolitics, Comradeship, and the Commons,” at the Space for Free Arts/ University of the Arts Helsinki, Finland (2019). Previously, she was the Andrew W. Mellon Fellow at Creative Time, where she co-edited Making Another World Possible: 10 Creative Time Summits, 10 Global Issues, 100 Art Projects (Routledge, 2019). At Creative Time, she co-curated the 12th Creative Time Summit: “On Archipelagoes and Other Imaginaries,” (2018) a convening for thinkers, dreamers, and doers working at the intersection of art and politics across Miami. Corina obtained her Ph.D. at Rutgers University, where she was also the Dodge Curatorial Fellow at the Zimmerli Art Museum (2010-2016). She is the co-founder of the activist art and publishing collective ArtLeaks, and editor-in-chief of the ArtLeaks Gazette. She has been longlisted for the Kandinsky Prize (2016) and the Sergey Kuryokhin Prize (2020).

Ksenia Yurkova is an artist, curator and researcher, living between Russia and Austria. She considers her leading artistic media to be text, photography, video and installation. Yurkova started her practice as a researcher in the field of political theory and communication theory. The main focus of her interest for a long time was communication and language: the varieties of its substance, the possibility of conversion, its mythological aspect, stereotyping (the question of personal and political self-identification and identification by others), problems of memory, attitudes, and reliance. Lately, the artist is researching the phenomenon of affect in its autonomous bodily emanation; in its personal and political registers. She focuses upon how a stage of individual perception, to which one can relate memory, traumatic recollection and problems of identity construction, transforms itself into affects of the political body. Coming a long way from political and cultural journalism, through organising and curating cultural and art events, Ksenia settled in individual artistic and research practice, which allows the useful critical distance for observation and working with contemporary issues. Her approach is based on methods of language appropriation, over-affirmation, self-reflection and self-criticism through ironic components inevitably added to the most pressing matters. Nonetheless, Ksenia didn’t give up socially engaged practice and launched a festival-laboratory Suoja/ Shelter in Helsinki, which already the 3rd year touches upon sensitive problems of society. Ksenia Yurkova has taken part in numerous shows and festivals worldwide, has released several artist books. Her works are in private collections in Russia, Germany, France, Finland, and Austria.