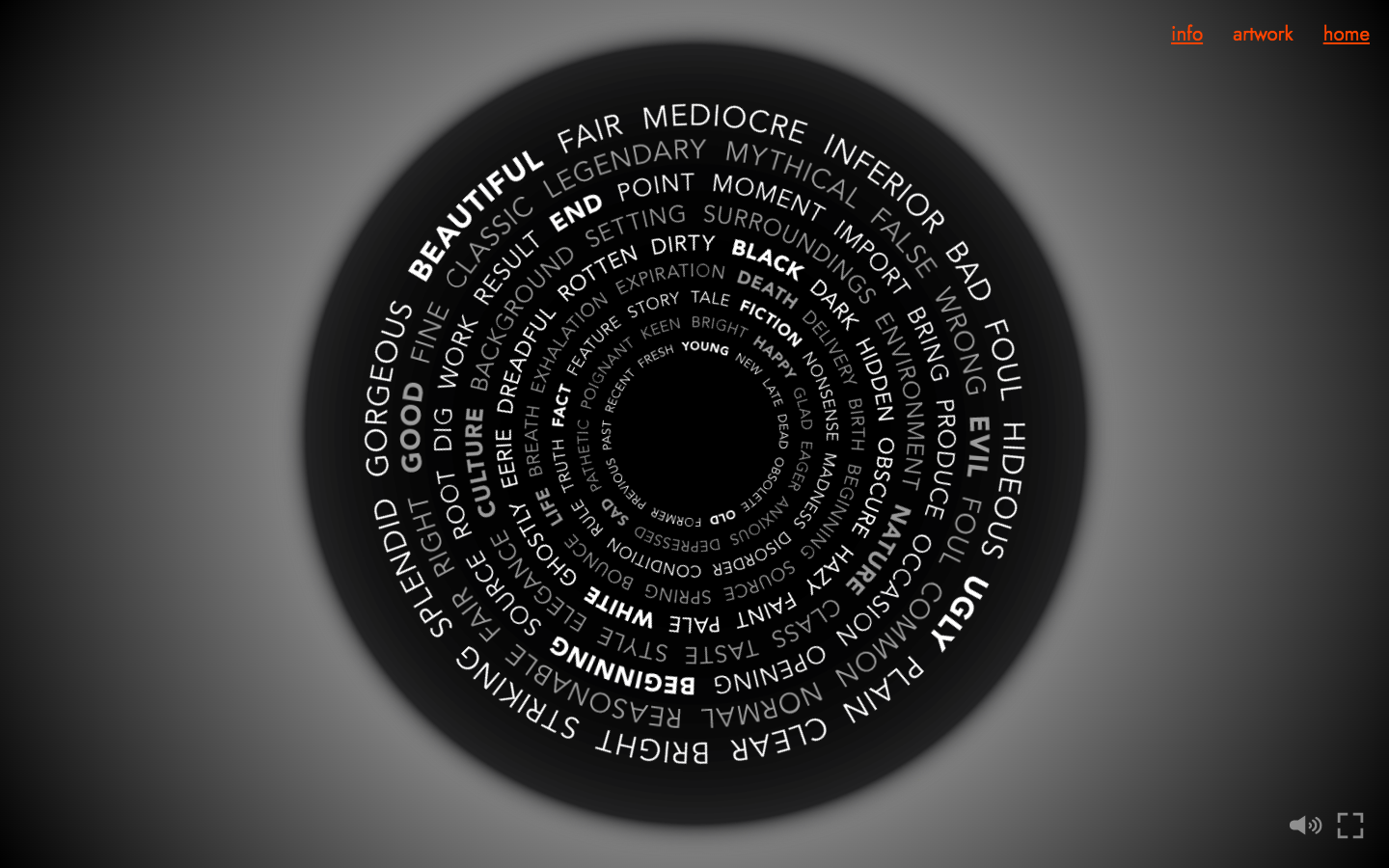 Onym is a web-based, interactive audio-visual project produced by visual artist Niall de Buitlear during the Covid-19 pandemic. The title of the work comes from the suffix -onym, derived from the Greek word “onoma” meaning “name”, as found in the words “synonym” and “antonym”.

The work is based around pairs of antonyms forming conventional binary oppositions such as “life” and “death”. For each pair of antonyms a thesaurus was used to build a chain of synonyms to bridge the gap between them. Starting with one word the process was repeated until its antonym was suggested by the Thesaurus. At that point process was continued, without reusing any words, until the original word was suggested. In this way a complete loop was formed. With each synonym suggested by the thesaurus the meaning was nuanced. The accumulation of these nuances exposes the shades of grey in between words considered to be diametrically opposed.

The work was funded by the Arts Council of Ireland and is live now at www.onym.ie