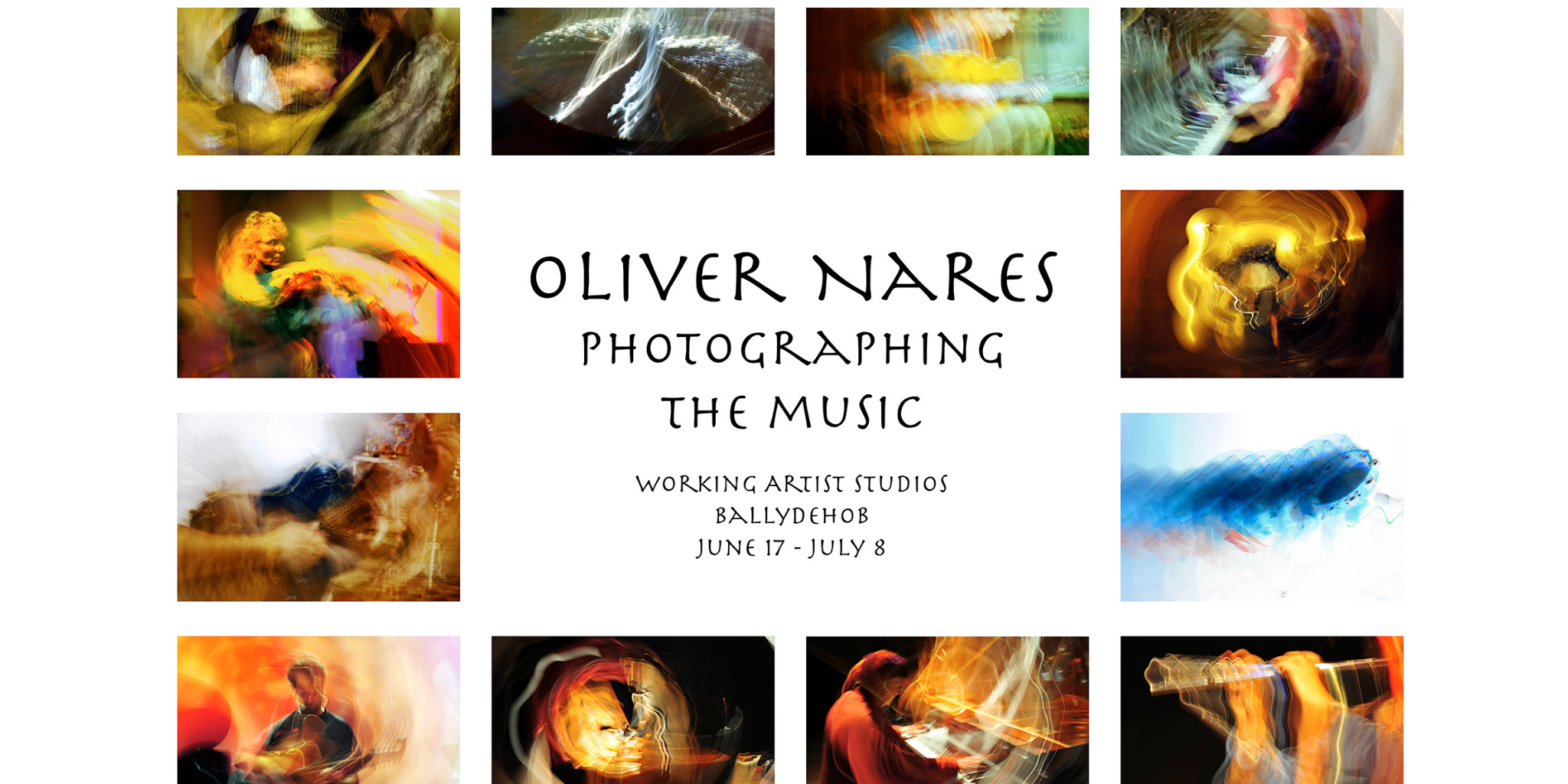 This body of work came out of documenting the work of a “collective” of free improvising musicians who met once a month to explore music-making. A wide assortment of instrumentalists were involved and nothing was planning beforehand. After a period of meditative silence sounds would be made and responses added by others.  The key to the success lay in listening in to one another and let some beautiful music emerge. As well as musicians, a small group of artists would attend the meetings and produce works inspired by what they were listening to.

“My wife Susie was a member of the collective. I would take my camera, initially to simply record the event for the group’s Facebook page. However the lighting was generally very poor and unflattering for conventional portraits. Using a flash would have been very intrusive and the slow exposures I needed to make resulted in lots of images blurred by movement. It then occurred to me to make this movement a feature and to try to use it to capture the feel of the music rather than the musicians themselves.”

—
Oliver Nares was born in the UK in 1952 and studied Architecture, though he never completed the course. Instead he went into making furniture and later became a farmer and sound engineer. Running in parallel with these occupations was always a deep interest in photography. Oliver works in both colour and black & white and he has worked with a range of SLRs, mostly Nikon, but now appreciate the lightness and compactness of Fuji X mirrorless equipment.

“As well as photographing people, places and wildlife, I try to find elements in a composition that others might not necessarily notice. (For instance, I have quite a large collection of photos of manhole covers that we walk/drive over every day without appreciating the intricate design work in many of them!)”