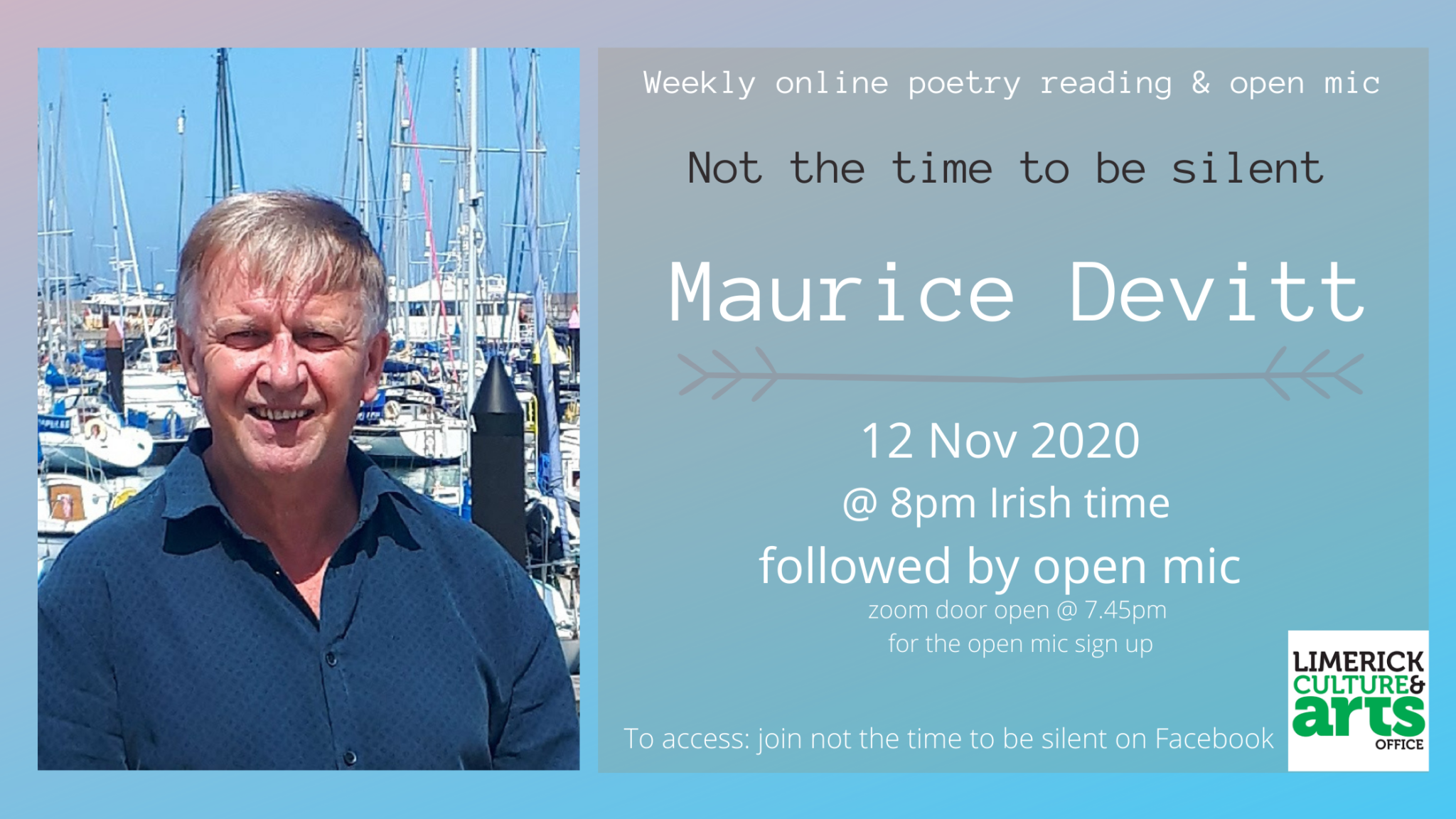 Maurice Devitt:
Maurice Devitt was selected for Poetry Ireland Introductions in 2016, his poems have featured in a significant number of journals, both in Ireland and internationally. A previous winner of the Trocaire/Poetry Ireland and Poems for Patience competitions, he was a featured poet at the Poets in Transylvania Festival in 2015 and a guest speaker at the John Berryman Centenary Conference in both Dublin and Minneapolis. His poems have been nominated for Pushcart,Forward and Best of the Net prizes and his Pushcart-nominated poem, ‘The Lion Tamer Dreams of Office Work’, was the title poem of an anthology published by Hibernian Writers in 2015. He is curator of the Irish Centre for Poetry Studies site and in 2018 published his debut collection, ‘Growing Up in Colour’, with Doire Press

Not the time to be silent’, is an online Arts response to social distancing in the form of a weekly guest Poetry reading + open mic event and a Facebook community group. The first event was on March 20 2020. NTTTBS was set up by Siobhan Potter, a Limerick based artist and writer whose practice documents experience. Now more than ever we need to write and gather and be heard. NTTTBS is co organised by Limerick based Poet, D’or Seifer.

Events are held Thursdays @ 8pm Irish time via zoom, guest Poets read @ 8pm, for up to 15 minutes, followed by the open mic. The zoom door opens at 7.45pm for the open mic sign up, each open mic slot is for up to 3 poems in under 5 minutes.There is no charge to attend, and it is open to readers and audience regardless of location. All are welcome, to read or listen at the open mic. Events are not recorded to support Poets to read unpublished material without impacting future publishing possibilities.

Access to events is through joining the ‘not the time to be silent’ Facebook group. Further details are in the group about and announcements sections.

NTTTBS is supported by the Limerick Arts and Culture office