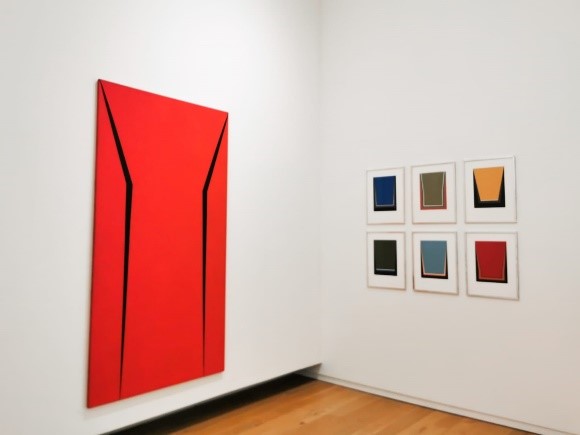 Cecil King (1921–1986) had a close association with the Hugh Lane Gallery. His first retrospective was held here in 1981, and he was Vice Chairman of the ROSC exhibition’s Executive Committee when the gallery hosted ROSC ’77. It is therefore with great pleasure that we present a display of King’s work to mark the 100th anniversary of his birth, and to celebrate his achievements as one of Ireland’s most significant modern artists.

The Hugh Lane Gallery’s collection of Cecil King’s work ranges from 1960s to the 1980s and includes paintings, prints and tapestry.

James Johnson Sweeney, former Director of the Guggenheim Museum observed, “Intensity is the key to the quality of Cecil King’s work”. He identified “elegance, meticulousness and conviction, combined with sensibility and modesty” as the essence of King’s art, qualities evident throughout this display from the gallery’s collection.

Cecil King was born in Rathdrum, Co. Wicklow in February 1921. He initially began a career in business and became a Director of the Dundalk-based printer W&S Magowan. He took initial instruction in painting from Barbara Warren and Neville Johnson, but was largely self-taught. He held his first solo exhibition at the Ritchie Hendriks Gallery, Dublin, in 1959 and became a full-time artist in 1964.