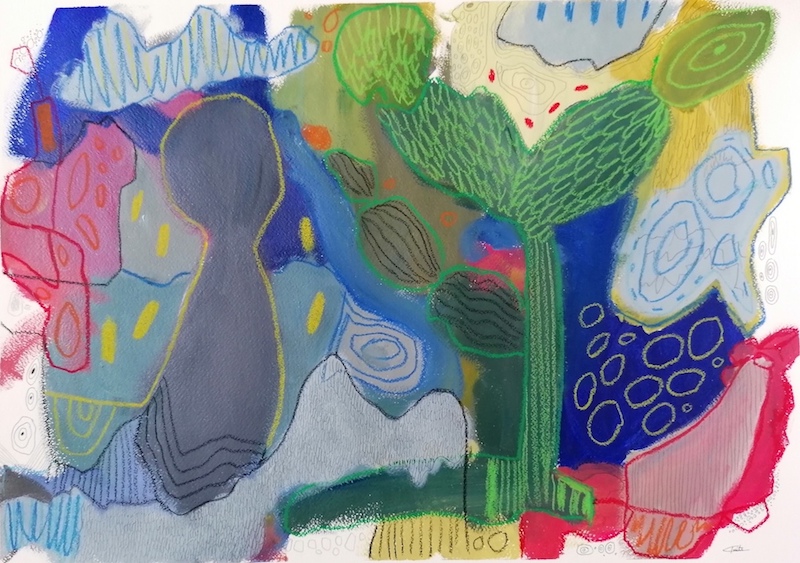 Ciara Tuite’s solo exhibition titled “Rock Paper, Portal” is being held at the Cill Rialaig Arts Centre, Ballinskelligs, South West Kerry. It is based on portals into otherworldly feelings which are often evoked by the natural world – from diving into the sea, ancient rock art and ringforts to language and painting itself. The work is characterised by bright tones on multilayered backgrounds building up a world of colour with vigour and poetic essence. The pieces are often paired with words as the artist finds alchemy between the mediums.

Ciara is a visual artist and writer from the Midlands and is currently based as an artist in the Abbey Road Studios, sister to the Luan Gallery, Athlone, Co. Westmeath and also in South West Kerry where she works at Cill Rialaig, Co. Kerry. This exhibition is very much influenced by places as she records her story through intuitive creativity.

Exhibition opens on the 31st July @ 12.30pm and runs throughout the summer.