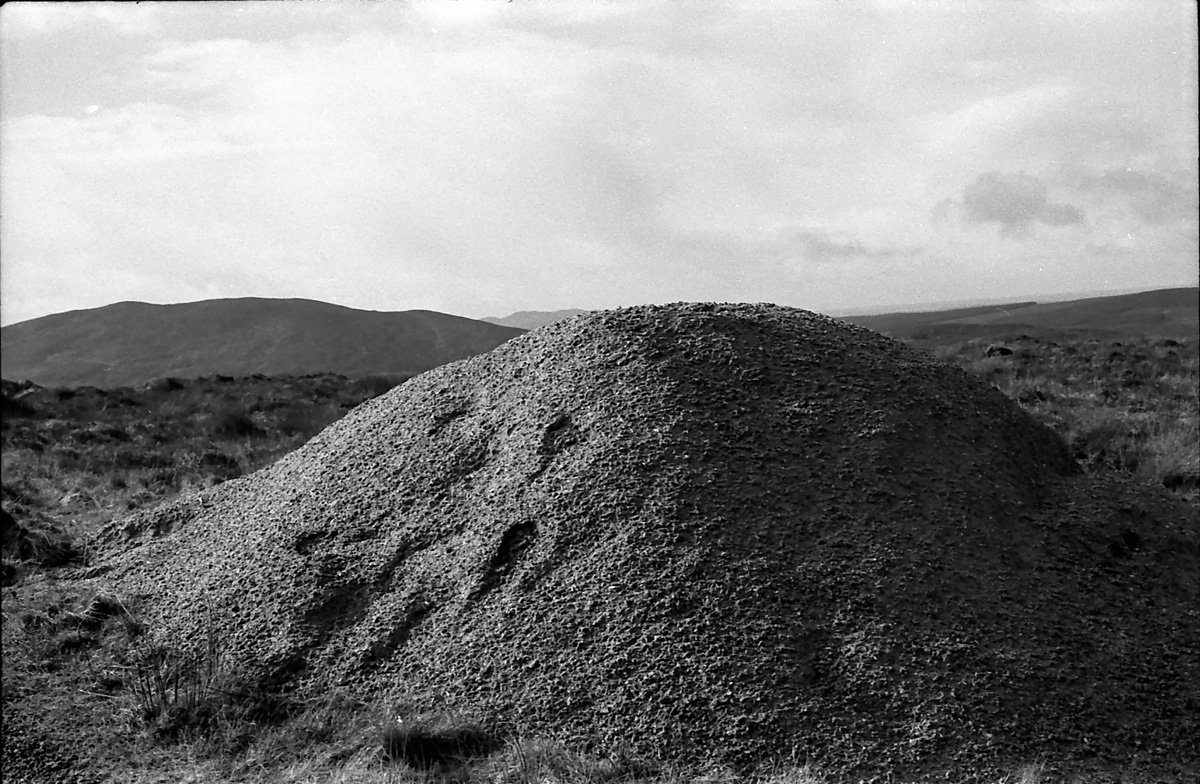 The Darkroom presents Scaling the Untold, An Expedition of A Making, a solo exhibition by Dublin-based visual artist Wendy Judge.

Wendy Judge is a visual artist working with sculpture, photography and drawing each informing the other. Her work revolves around landscape and all that it entails. She is driven by the literary and the terrain it holds.

At the start of 2020 Judge was awarded a supported travel residency through the darkroom.ie to explore the landscapes around her. It was a simple idea of capturing landforms across changing counties and bring them back to the studio to tie them into my sculptural practice. This project was negotiated through the rolling lockdowns as county borders closed around me. In making this epic journey Judge took heed from Dr. William Dyer of Miskatonic University and was to discern one can never have too many note books of sketching paper or film to capture what might unfold. (At The Mountains of Madness by HP Lovecraft)

Wendy Judge is a visual artist  based in Dublin. In 2020 she was awarded a travel residency with the darkroom.ie followed by an exhibition in 2021.

Exhibitions  include The Lump Show at Cornelius Projects, Los Angeles USA 2019, Factory Installed at the Mattress Factory, Pittsburgh, USA 2016.  In 2013 she was invited to make new work alongside William Evans of Eton (1798-1877) in From Galway to Leenane: Perspectives On Landscape, National Gallery of Ireland.

She has been part of Difference Engine a model of autonomous and evolving artist curation since 2009, most recently showing at HDLU in Zagreb and Resort Revelations Fingal Arts Program, Dublin, in 2018. Solo projects include Souvenir Views at Pallas Projects, 2012, Great Works at Goethe-Institut Dublin, 2008 followed by Works of the World United, Thisisnotashop, Dublin in 2009. Group exhibitions, include The Balloon at Rawson Projects, New York, 2014, Dublin Contemporary, 2011 and ‘Last’ at Douglas Hyde Gallery, 2012, She was one of a group of artists that represented Thisisnotashop, at the Festival of Independents – No Soul for Sale, New York, 2009, and at Tate Modern, London, 2010.

Wendy Judge: Collected Views of Great Works from the 20th century was published in 2008 as part of work centred around no go places. She has been supported by Arts Council of Ireland, Culture Ireland and received A Thomas Dammann Junior Memorial Award in 2019.