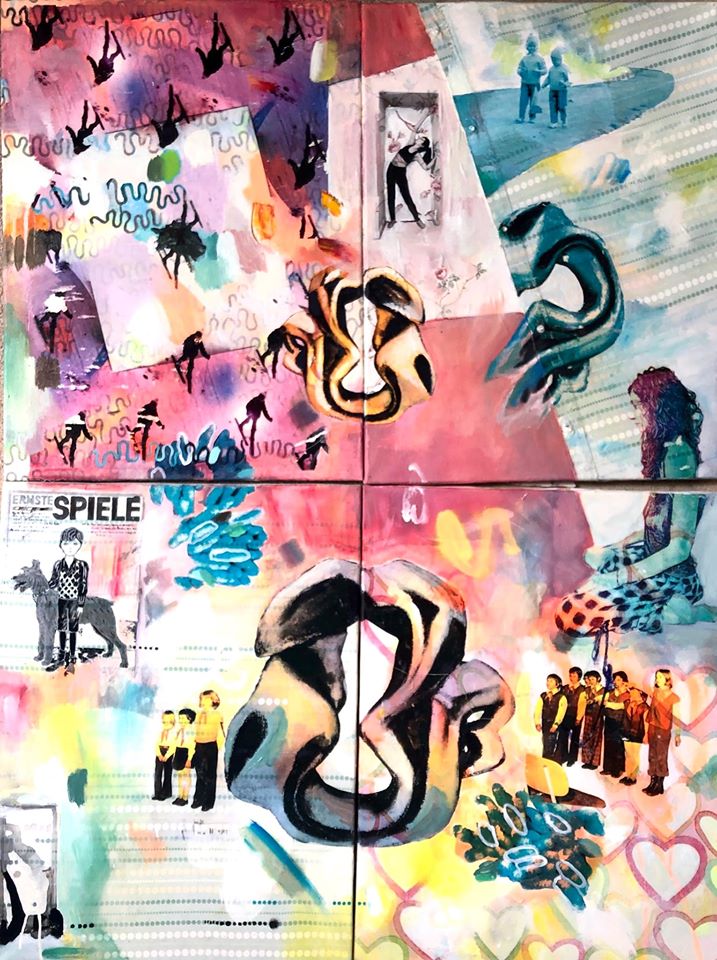 Loading Map....
Olivier Cornet Gallery
3 Great Denmark Street - Dublin 1
'.__('Events', 'events-manager').'
53.3554104 -6.262669800000026
The Olivier Cornet Gallery is delighted to present SITZFLEISCH, a solo show by Susanne Wawra, a member of our AGA group.
The show will launch online in our new virtual space on
Monday 18 May 2020,
6:30pm (Irish Standard Time).
It will run until the 12 of June 2020.
A link will be available from https://www.oliviercornetgallery.com/exhibitions
earlier on that day
As the gallery reopens its doors -albeit by appointment only- from June 8, visitors will be given the chance to see the show ‘in the flesh’ from June 8 to June 12.
——————————–
Sitzfleisch (Sitting Flesh)
or The German Art Of Sitting (On Your Behind)
Susanne Wawra visually tackles the German concept of Sitzfleisch, one of these compound words that express a certain quality that can’t quite be grasped in the English language. Literally translated, sitzfleisch means ‘sitting flesh’ or ‘sitting meat’, a term for one’s behind or bottom. In its use, to have sitzfleisch means the ability to sit still for long periods of time to be productive, a certain stamina at work and in life working through a situation or bringing a project to an end.
Wawra’s works are a play on endurance, staying power as well as sitting and flesh; with an autobiographical and associative approach. This is translated into different forms of expression: her characteristic layered mixed media pieces as well as drawings, oil painting, ceramics and sculpture.
Note from the gallery: In the current context, this assemble of works seems to acquire a new dimension, and yet the idea of the show, its title and accompanying text were all elaborated by November 2019.
Share:
FacebookTwitterLinkedInTumblrEmail