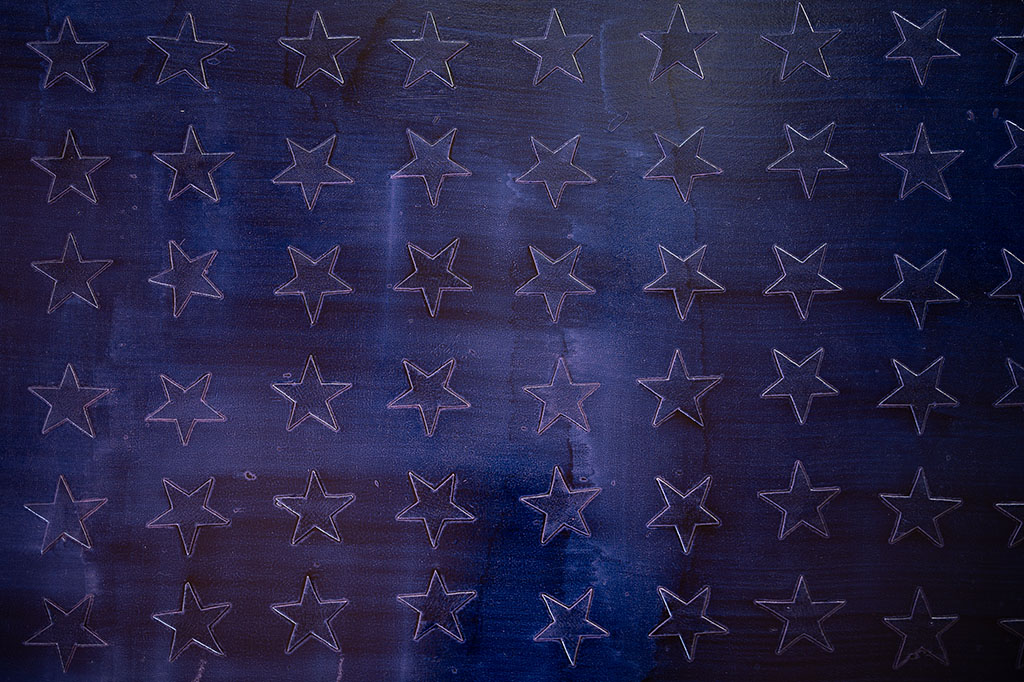 A set of four paintings and glass signs, amidst a framework of steel.

Responding to the the location amidst the psycho/social backdrop of pandemic and its resultant restrictions.
The heterotopias of school house and grave yard, pastoral sites and of rites of passage from- beginning to end.

This place on Derry’s walls holds particular significance for the artist.
As a refuge and limit point amidst the remembered 80’s teenage landscape of exclusion and conflict.
Here replicating the steel frames of Richard Hamiltons 1980’s Northern Ireland works.
This parergon provides a framework of “heavy manners” (reference-a state of emergency: See Prince Far I)
Reference to both an 80s biographic past and this restrictive present.

Drawing on Art Arcadia’s historical setting: contemporaneous writings of Holderlin work here as signs of disfunction.
Gerard Nerval also surfaces, as a “Lucretian” tombstone night and the blacksun of melancholia.

A boy and girl tend flowers on a grave as in Poussin’s Arcadian shepherds.
Metal postcard, as memorial.
The Image as the tomb itself.
At its base a blank caption awaits inscription.

In one under the coronas half light, eclipsed.
In another under the arc of a black rainbow.

And at the end of it all- happy days, half buried in Beckett.

Originally from Derry, Damien Duffy studied at Goldsmiths College, University of London. Resident in London between 1986-2002 he took part in numerous artist led initiatives,exhibiting in London and Europe. On his return to Ireland he was awarded the ACNI Artist in Education Award in 2002. He set up and led Void Art School between 2007-15. As a member of Void Gallery’s Curating committee  he curated Cathy Wilkes in 2007, Dan Hays 2007, Matt Collishaw in 2010, amongst others as well as numerous Void Art School exhibitions within the programme. In 2016 he was awarded the ACNI Fellowship at The British School at Rome and a subsequent residency with Fondazione per L’arte in Rome 2016-17. He has been guest lecturer at the Slade School of Fine Art, London and Universita Boconi in Milan. Exhibitions include Milch Gallery London 1998, fuori uso, Caserta 1997, Fantasy Heckler, Liverpool Biennale 1999, Void Gallery 2011, Academia Britanica, Rome 2016, About Blank, Macro, Rome 2016, Wild Tulips, Derry 2019.