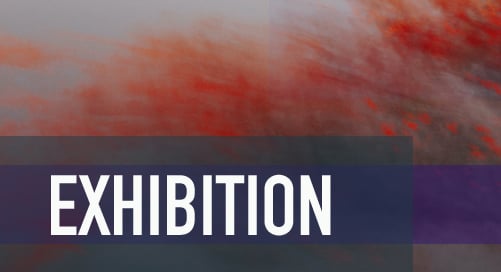 Research, drawings and prints at the Source Gallery, Thurles

Drawing on over a decade of image-making and research on themes of protest and urban space, Irish artist Joy Gerrard archives and painstakingly remakes media-borne crowd images. Her subjects include climate change, Brexit, BLM protests and women’s equalities. These crowds are re-imaged in large monochrome paintings and small complex drawings made with Japanese ink. The elemental simplicity of Gerrard’s ink drawings and paintings contradicts the material complexity of making. The viewer considers the precarious freedom of protest and the relation between populism and representative democracy. In her work, the figure of the crowd represents an expression of collective agency. Gerrard’s crowds are often viewed from above in urbanenvironments, indicating media surveillance.
For the Source Gallery in Thurles, Gerrard is developing an exhibition which will make visible her working process. She will exhibit working drawings, collages and print assemblages which show how large scale works are developed from small drawings and plans.

Joy Gerrard lives and works in Belfast. She graduated with a BA from NCAD, Dublin and an MA and MPhil from the Royal College of Art, London. Gerrard is known for work that investigates different systems of relations between crowds, architecture and the built environment. Using Japanese ink on paper and canvas Gerrard makes detailed ink works which re-create recent political protests from around the world.

Recent solo exhibitions include Precarious Freedom at the Highlanes Gallery, Drogheda and touring, ‘Put it to the People’ at the Golden Thread Gallery, Belfast, ‘supermarket‘ in Stockholm with Ormston House (2019), ‘shot crowd ’at the Royal Hibernian Academy, Dublin (2017) and Protest Crowd, Peer UK, London (2015). Selected group exhibitons include: Protest and Remembrance, Cristea Roberts Gallery, London, 2019 and In a Dream You Saw A Way To Survive and You Were Full of Joy; Hayward Gallery Touring show (2016) She has installed multiple public installations since 2004 including major works in the London School of Economics, Chelsea and Westminster Hospital, for Tideway (London) and Facebook (London and Dublin)
Gerrard completed an artist residency at the Centre Culturel Irlandais in Paris in 2020.

Gallery opening hours : Tuesday to Friday 10am to 5pm