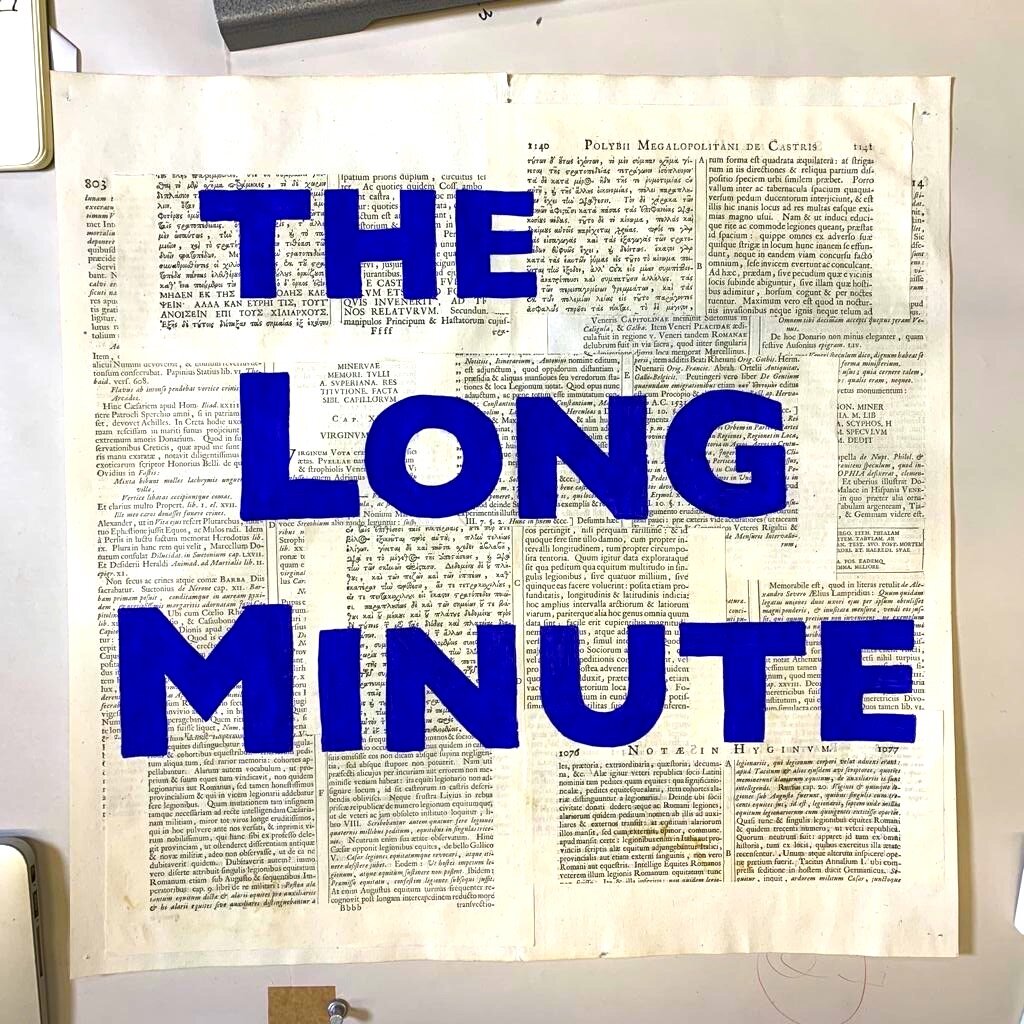 THE LONG MINUTE, curated by Bronwyn Lace is a series of online videos and in house screenings shared on the #lessgoodidea social media platforms. SERIES 1 was shared over the course of April, May and early June 2020 and SERIES 2 from August to October 2020. On the 28th, 29th and 30th of September the films of Aideen Barry will be curated in SERIES 2.

The Centre for the Less Good Idea, based in downtown Johannesburg, South Africa, is a physical and immaterial space to pursue incidental discoveries made in the process of producing new work. The Long Minute was the Centre’s direct response to the removal of our ability to physically be with one another. The Long Minute sought to find virtual strategies of pursuing incidental discoveries and processes of sharing and responding to one another collectively and collaboratively.

The Centre views these fragments of text, performance, image, and dance from the studios and homes of artists as prompts to seek free-spirited, transdisciplinary, collaborative, and alternative realities. The combinations of body, sound, space, and technology assist us in unpacking the nature of performance, the language of loss, and the relationship between audience member, and performer.

As founder and mentor at the Centre, William Kentridge created regular minute long pieces for the series. These miniature works hold potent threads in much of Kentridge’s larger body of work and seminally reveal what he brings as a mentor to the processes at the Centre. The Centre’s collaborative, methodological approaches have been drawn directly out of Kentridge’s practice and have given the Centre and its to date over 400 invited artists an unparalleled momentum.

Bronwyn Lace is a visual and performance artist. In early 2016 Lace joined Kentridge in the establishing and animating of the Centre for the Less Good Idea in Johannesburg. Today Lace is a co-director on the board of the Centre and is living and working in Vienna, Austria.