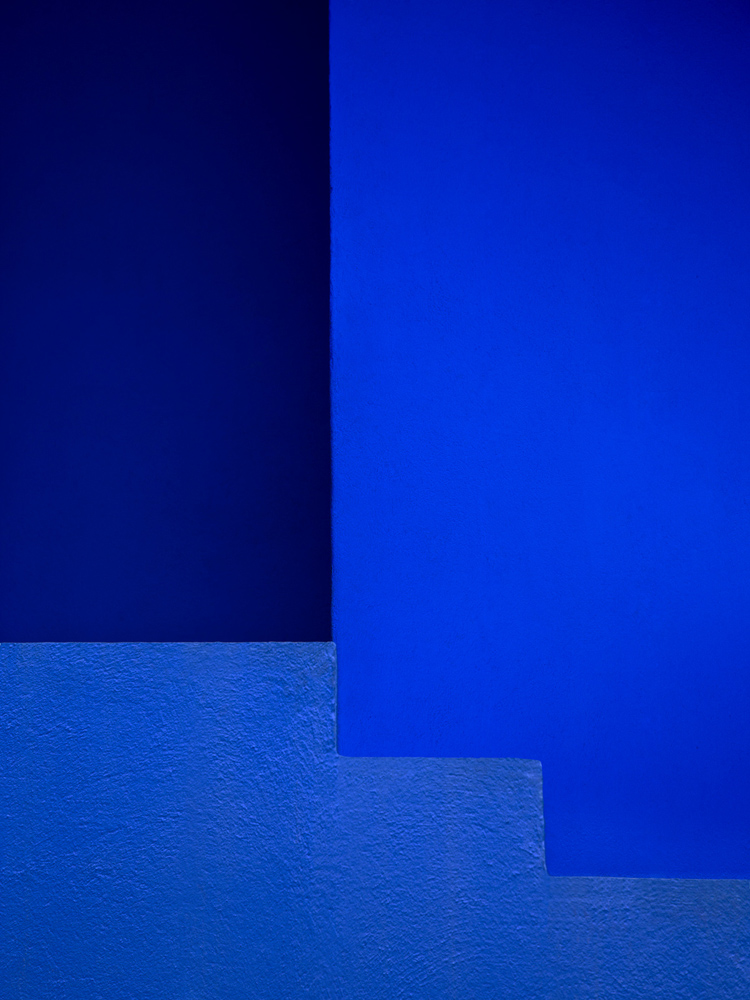 Debuting a new series taken across Spain and Portugal, The Space Between employs Holfeld’s distinctive visual language to assemble the architectural surfaces he encounters as painterly abstractions. Through his lens and borrowing from the clean, vivid clarity of modernist painting, Holfeld transforms his studies into striking compositions of colour and geometric form.

Holfeld has drawn inspiration from the work of Mexican architect Luis Barragán and his pursuit of an “emotional architecture” claiming “any work of architecture which does not express serenity is a mistake.” Key influences from Barragán include his use of clean lines, bold colours and often hidden sources of light, which later reveal themselves to convey a sense of calmness and poetic lyricism.

In terms of photography Holfeld pushes his artistic practice into new territory, merging two different schools of creativity: documentary photography and abstract painterly composition. Here Holfeld relies on the spatial and colour alignment of abstract expressionist Mark Rothko for guidance. The images stand as authentic portraits of architecture, however, they also abstract in their intention – based on a true story but open to interpretation.

Harnessing the flexible veracity of the photographic medium, Holfeld’s close-crop photos show careful attention to the geometric fragments of his surroundings revealed in subtle line and unexpected shadow which cut across pastel walled surfaces, and divide soft sky from gritty stucco, plastic and concrete.

Born in Dublin in 1984, Holfeld graduated from Dublin’s Institute of Technology in 2008, travelled extensively, and has become deeply inspired by different cultures and design practices.

Recently Holfeld spent two years documenting Arabic architecture across Morocco, which he debuted in 2018, while now his work has evolved in to a broader art practice taking inspiration from multiple mediums.