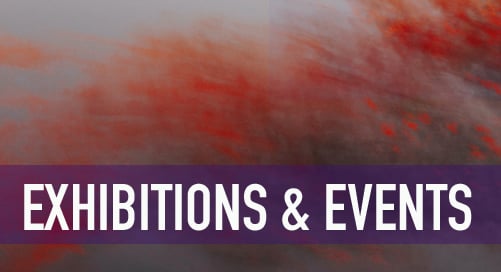 Void is delighted to present Through interspacing by Anne Tallentire as part of the Void Offsites Billboard Project. Tallentire’s practice explores the built environment and how we inhabit space through sculpture, assemblage, photography and film. She works with found materials  materials that are often associated with the construction industry to create assemblages. The sculptural works consciously demarcate units of space referencing state infrastructure and spaces of confinement such as direct provision centres. Her practice is a commentary on what is happening in the world in relation to infrastructure and the social impact of such living environments – the current debate on the lack of social housing and the rising costs of housing is indicative of the systemic failure of the state that is alluded to in her work. She gives agency to those who are excluded or hidden, forced to live in hostile environments, by highlighting the importance of our built environment to create a more equitable space for living.

The making of the work is a performative process in assembling, orientating, moving, disassembling. Through interspacing plays with perspective and perceptions and how we interpret generic patterns in our everyday life. The reuse and repurposing of materials is key to her practice – denoting the impermanence of the built environment and the precarity in which we live. The billboard’s representation of this staged work acts as a social and political disruption, an interruption from the everyday advertising.

Anne Tallentire (b. County Armagh, Northern Ireland) lives and works in London, UK. Her practice encompasses a range of media including moving image, sculpture, installation, performance, and photography. Through visual and textual interrogation of everyday materials and structures, Tallentire’s work seeks to reveal systems that shape the built environment and the economics of labour. Her recent work has examined geographical dislocation and demarcation in relation to infrastructure. From 1993, Tallentire has also made work as part of the artist duo work-seth/tallentire with artist John Seth and is the co-organiser, with Chris Fite-Wassilak, of the peripatetic event series hmn.

In 2018 Tallentire was the recipient of a Paul Hamlyn Award for Artists. She is Professor Emerita at Central Saint Martins, where she taught from the early 1990s to 2014.

For more about Anne’s work please visit her website.

The billboard will be positioned at the crossroads of Abercorn Road and Bishop’s Street.