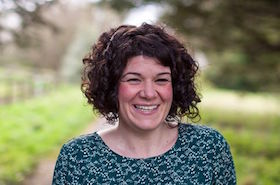 The Douglas Hyde Gallery is delighted to announce the appointment of Georgina Jackson as Director. She will take up her new role in May, succeeding John Hutchinson, following his twenty-five year tenure.

Georgina comes to the Douglas Hyde Gallery from Mercer Union, Toronto, where she has been Director of Exhibitions and Programmes since 2013. During this time she led the organisation towards a renewed focus on the commissioning of work by emerging and established contemporary artists, while elevating its reputation within the local, national and international art world.

Georgina says, “I’m honoured to be joining the Douglas Hyde Gallery and am looking forward to shaping its future. Its location within the leading research university in Ireland – and at the threshold between the university and the city – marks an important and exciting space for contemporary art. I look forward to working with the team, Trinity College and the wider arts communities to build on John Hutchinson’s extraordinary legacy, and to shape the Douglas Hyde Gallery as an artist-centred space.”