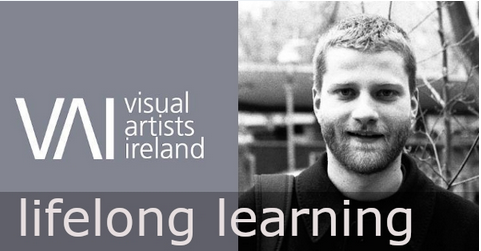 What is it? Having somebody to talk to; removing the sense of being in it on your own; getting contructive advice and feedback that goes beyond friends telling you “It’s great” helps you to push your work further. VAI Group Crits are designed to do just that! To allow you to talk with a wider audience in a friendly atmosphere, have a good conversation about it, and gain advice from leading curators/artists from around the world.

What should I expect on the day? The day is led by curator Raoul Klooker, who will give some insight into his own work and the areas that interest him at the moment. Participants will then give a brief presentation on their work, an idea that they wish to explore, or an area of difficulty that they would like to get advice on. Each presentation is about 10 minutes long and is then followed up by a group conversation.

You don’t have to have the best presentation skills in the world as this is delivered in an informal and positive environment.

We had asked Raoul to explain his current areas of interest which will be a focus of this particular Group Crit. Read this carefully, and you will see if this particular one fits  your own practice.

“My curatorial practice has included a wide range of formats and media in both art institutions and independent project spaces, usually focusing on emerging and mid-career artists. While they often overlap, three different areas of interest have emerged from my previous curatorial projects:

One of my main interests lies in curating artist film and video, and rethinking exhibition architectures and temporalities when showing moving image works in gallery spaces.

Secondly, I’m interested in exhibiting queer artistic practices and queer readings of art history to reconsider what they can offer to contemporary culture and society, not just on the level of representation but also on the level of form.

Having run an independent project space for two years before joining Kunstverein Braunschweig, I am very curious about non-commercial independent and artist-led projects and exhibition sites that complicate the distinction between artistic and curatorial practice.”

In February 2019 Raoul joined the curatorial team of Kunstverein Braunschweig in Germany where he co-curated displays and exhibitions by Honey-Suckle Company, Colectivo Los Ingràvidos, Shannon Bool and Andrew Norman Wilson. He is currently commissioning a new body of work and the first institutional solo exhibition by Richard Sides, including an architectural installation and an experimental documentary shot in Rotherham, UK.