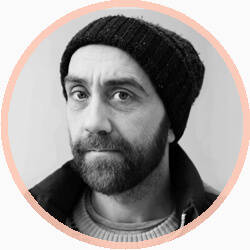 As winner of the Suki Tea Art Prize Mark will have a two month, fully-funded, artist residency at the Centre Culturel Irlandais in Paris, including flights, accommodation, studio space, a monthly stipend, and superb networking opportunities. The prize is worth over £4,000 and aims to provide artists with an opportunity to respond to a new environment and develop new work.

To date he has exhibited in numerous exhibitions both in Ireland and Internationally notably ‘Between two Worlds’, F.E. McWilliams, 2013. ‘The Fold- A Painting Show’, VISUAL, Carlow, 2011. Solo exhibitions, The Third Space Gallery, Belfast 2010/06. ‘Resolutions’, Katzen Arts Centre, Washington DC in 2007, ‘There Not There’ in the Crawford Art Gallery, Cork, 2008 and ‘A Gap in the Bright’, the Millennium Court Arts Centre, Portadown in 2008. He has received Bursary Awards from The Arts Council of Ireland in 2012 and 2009, was short-listed for The AIB Award, 2004 and the BOC emerging artist award, UK, 2004. Residencies include Temple Bar Gallery+Studios, Dublin, 2007-2010, Arts Council of Northern Ireland’s New York research residency, 2008 and Artist Residency Programme in the Irish Museum of Modern Art, Dublin in 2005.

Courtesy of Suki Tea, and facilitated by the Arts and Business NI Investment Programme, Visual Artists Ireland initiated the prize in 2015. The prize is open to all professional artists resident in Northern Ireland and all Visual Artists Ireland members in the Republic of Ireland working in all visual art forms at all career stages.