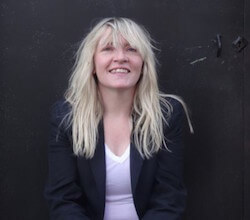 Temple Bar Gallery + Studios is pleased to announce the appointment of Mary Cremin as Acting Programme Curator. Mary will begin her year-long contract at TBG+S in early July 2016.

Mary Cremin is a writer, art historian and curator based in Dublin. She graduated from University College Cork with B.A. in History of Art and Political Geography (2004) and a Masters in Visual Art Practice (curating) from the Institute of Art, Design and Technology, Dublin (2007). Most recently, she worked as Visual Arts Producer for Galway 2020 and curator of the DCU art collection. In 2016 she curated Duality of Form at Solstice Arts Centre, and in 2015 she curated TULCA Festival of Visual Art, Seachange.

She worked as producer on Magnetism, Hazelwood Estate, Sligo, (2015), IMMA Summer Rising (2015/2014) and Richard Mosse, The Enclave, Irish Pavilion, Venice Biennale, (2013). Prior to this she was Project Curator at the Irish Museum of Modern Art.