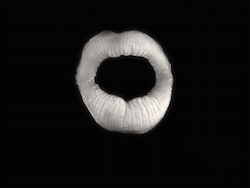 Borrowing the title of Vannevar Bush’s 1945 essay in which he outlined a hypothetical proto-hypertext system, ‘As We May Think’ will begin at 12pm with a screening of works at the Irish Film Institute by Linda Quinlan, Thaddeus O’Sullivan, Eoghan Ryan, Bea McMahon, Sarah Browne, Jenny Brady and Julie Murray.

Eschewing an overarching theme in favour of ‘associative trails’, this screening will mimic or indicate a possible route through the MExIndex website, a searchable and evolving online database with free access to key information and writing on experimental and visual arts-based moving image works by Irish and Ireland-based artists.

Following the screening, a discursive event will take place at the Wood Quay Venue at approx 1.30pm. The panel will comprise Jenny Brady, Sarah Browne, Maeve Connolly, Maria Pramaggiore and Alice Butler. This discussion will examine what it means to consider the works in the screening programme – almost all of which use the moving image as ‘an instrument of thought’ – in relation to each other. The talk will also consider other possible commonalities, including the idea of a disembodied perspective, a feature of many of the works included in the screening programme.

Light food and drinks will be served at Wood Quay Venue by Fiona Hallinan before the discussion.

Tickets for the screening at the Irish Film Institute available here:
ifi.ie/mexindex-as-we-may-think