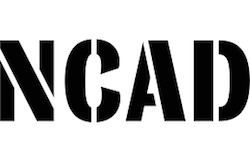 The National College of Art and Design (NCAD) has, today (22.03.2017), announced that Professor David Crowley has been appointed as the Head of School of Visual Culture and will assume his position on 1st July 2017.

Speaking today, Acting Director of NCAD, Bernard Hanratty, said: “Professor Crowley not only brings a strong track record of academic achievement and pedagogical development, but also a wealth of international collaborative endeavour through curation.  He will be a great asset to the College.”

David Crowley has a long-standing interest in visual culture and particularly graphic design, writing a book on the subject with Paul Jobling entitled ‘Graphic Design: Representation and Reproduction since 1800’ (1996). He is on the editorial board of Eye magazine and in summer 2016 he was invited to curate the Warsaw International Poster Biennale exhibition, The Poster Remediated.  As a curator, Crowley’s other major exhibitions include Cold War Modern at the Victoria and Albert Museum in 2008–9; The Power of Fantasy: Modern and Contemporary Art from Poland at BOZAR, Brussels, 2011; Sounding the Body Electric: Experimental Art and Music in Eastern Europe at Muzeum Sztuki, £ódŸ, 2012 and Calvert 22, London, 2013.

Bernard Hanratty continued: “Professor Crowley was selected for the position of Head of School of Visual Culture from an international slate of 23 highly-qualified candidates for the post. The College was privileged to have two external representatives on its interview panel who greatly informed the final selection. The interview panel was impressed by Professor Crowley’s understanding of the needs of art, design and visual culture students, coupled with his visionof how NCAD can evolve its educational offering to meet those needs.”
“We are delighted to have David joining us. Our students, and the NCAD staff body, will greatly benefit from his vision, his passion and his commitment to research.”

Speaking of his role, Professor Crowley said: “I have long been aware of the art, design and writing produced by staff and students of NCAD. I am thrilled to be given this opportunity to work alongside them. NCAD – like all the best art and design schools – is a special place because it brims with the creative intelligence of artists and designers. It seems to me that we need this now more than ever.”