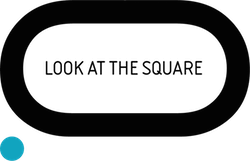 Fundacja Puszka has recently opened FUTUWAWA 2016: Look at the Square, their 4th international competition, this time, seeking for projects which present a vision of Parade Square in Warsaw.

FUTUWAWA is a two-staged competition. In the first part of the Competition, the Jury will select the most interesting projects for inclusion in an exhibition. During the second part of the Competition, the most interesting projects chosen by the Jury will be presented on Parade Square using Virtual Reality technology (9-11 September, 2016). After seeing the projects displayed on VR glasses, all Square users will choose their favorite projects. Voting together with online users, they will decide about the winners of three Audience Award.

Residents of Warsaw, architects, artists, students and everyone from around the world who would like to share their ideas for Parade Square is invited to take part in FUTUWAWA 2016.

About Futuwawa:
Futuwawa is an interactive exhibition space for urban projects related to Warsaw. These projects include various ideas on public space arts (installations, sculptures, monuments, murals, urban furniture), or urban and architectural solutions (buildings, bridges, green areas, urban building complexes, etc.) which, because of their utopic and futuristic character, cannot be realized due to current urban planning, technological or financial constraints, as well as due to other reasons. The website also presents some of the projects that are ready for realization and possibly, in the nearest future, will appear on the city map.