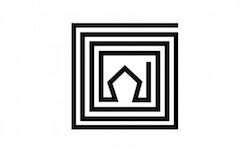 L’Officina and Studio Tommaseo of Trieste, with the Trieste Contemporanea Committee, have announced the Squeeze It Contest 2016.

Young artists under the age of 30, born in EU member countries, are invited to create original projects, which are characterised by the dynamic interaction between the contemporary creativity of theater, the languages of the visual arts and new media. The contestants are asked to conceive an original and unpublished theatrical action, low budget and small format, organically connected to the languages and issues of contemporary visual arts.

A shortlist for the Squeeze It 2016 award will be voted on by the public. Тhe winner of the Franco Jesurun Award 2016 will be selected by jury and given the opportunity to collaborate with an internationally renowned video artist with whom he/she will realise a professional video work of the winning theatrical action. The video will premiere in Trieste and then will be screened in Europe through the international network of the organisers.

Special attention will be given to projects submitted by groups formed by members from different areas of training and interest.