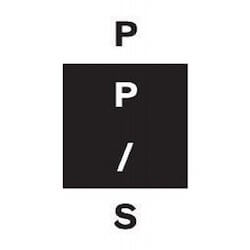 Pallas Studios first opened its doors on Dublin’s Foley Street in May 1996, and the intervening 20 years have seen the artist-run group operate studios and exhibition space in 9 different city centre locations, transforming unwanted or neglected sites into spaces to make and show art. To mark their 20-year milestone, Pallas Projects/Studios (PP/S) have organised a number of projects to take place over 2016 and into 2017.

The Future is Self-Organised at Limerick City Gallery of Art in January kicked off a series of projects looking at artist-run spaces in Ireland and abroad.

A major new publication ‘Artist-Run Europe – Practice/Projects/Spaces’, the result of a 4-year research project on artist-run practice throughout Europe is to be published this summer by Dutch publisher Onomatopee.

PP/S are also delighted to welcome Irish artist Brian Maguire as honorary board member to mark their 20 year anniversary. Brian was asked to take up this new role in recognition of his art practice and it’s relation to social and political justice, his background in the early days of setting up Temple Bar Gallery & Studios, and his role in influencing subsequent generations of artists as lecturer and head of fine art at the National College of Art and Design.