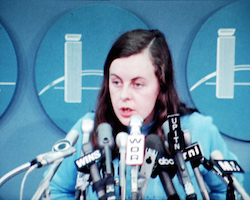 The final part of this project will take the form of a seminar in the historic setting of King House, Boyle. This seminar will look at the legacy of revolution & activism in Ireland and the artists’ role in shaping future states with speakers including Professor Luke Gibbons, artists Sarah Browne, Jesse Jones, Gareth Kennedy & Seamus Nolan, film maker Treasa O’Brien and photojournalist Paula Geraghty.