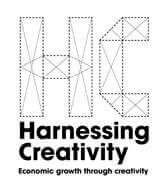 Six creative entrepreneurs from the border region will be launched to the marketplace in 2015 with the assistance of Harnessing Creativity, a unique three year programme established  to revitalise the border region. A total of 400 participants from counties Leitrim, Tyrone, Fermanagh and the wider region, have to date received assistance from Harnessing Creativity, the largest creative enterprise the North West has ever experienced.

Harnessing Creativity received €799,880( £635,000stg) in funding through the European Union’s INTERREG  IVA programme and managed by the Special European Union’s Programme Body (SEUPB) and is  being delivered by the Local Enterprise Office in Leitrim.

Six projects will be introduced in 2015 through “Expanded Territories” exhibitions and seminars, north and south of the border, having been earmarked for special product development funding.

The art projects include :

‘Local-E is the brainchild of Manorhamilton-based sculptor Seamus Dunbar who has already established the economic feasibility of building a hydro station on the Ownemore river to supply householders. Inspired by the discovery that a local hydroelectric station powered street lights in Manorhamilton 100 years ago, Dunbar aims to  promote energy awareness by giving local individuals, companies and communities ownership of, and responsibility for, their own energy generation. A co-founder with Jackie McKenna of the Leitrim Sculpture Centre, Dunbar is also  participating in an audit of energy needs in  his community- against the backdrop of local concerns about fracking. Seamus Dunbar’s  public commissions can be seen  at the Hugeonot cemetery  and the Botanic Gardens,  in Dublin .

Boyle-based sculptor Kate Oram has fused digital age technology with bronze age artistic techniques for her project. A tutor at the Leitrim Sculpture Centre she has pioneered the use of 3D printing as a tool for those learning the ancient art of  sandcasting and now conducts online tutorials with course participants before they get their hands dirty. “We can print out  three dimensional master patterns before the practical work starts,” explained Oram who has designed  iconic awards for a range of corporate clients. Her sports awards have been presented to among others Rory McIlroy, Graeme McDowell, Rory  Best, AP McCoy, Paddy Barnes and Ronan O’Gara.

“The Artu” is a circular mobile arts venue which Inishowen-based artist Rebecca Strain has used to bring creative activities to rural locations including village and town festivals, schools, and community groups. Strain who has been making paper since 2000 has developed a partnership with Fort Dunree military museum and has delivered workshops in Derry, Donegal, Sweden and Switzerland. Performance art and print making are key interests and she combines the two to entertain her audiences.

GO GALLIVANT – Hollywood actor Sam Neill was born at 17th century Mullaghmore House near Omagh Co Tyrone. Textile artist Teresa Poyntz and designer  Ann Louise Breshnan are collaborating with an illustrator and researcher to create an online interactive book about this historic house and grounds. For the Go Gallivant project they hope to explore other mplaces of cultural tourism for a series of online books and apps.

For more in this see: http://www.harnessingcreativity.eu