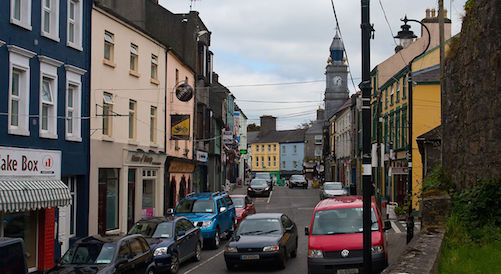 Tuam is offered a three-year pilot programme developed for communities around the country that have not had opportunities to benefit from sustained public arts investment.

At a meeting of the Municipal District of Tuam, the Arts Council launched a new Creative Places Ireland pilot programme, the first of its kind in the country. The three-year pilot programme, which recognises and addresses gaps in the spatial and demographic distribution of Arts Council funding, is developed for communities around the country that have not had opportunities to benefit from sustained investment in the arts. The Arts Council-led programme is underpinned by a commitment in its Making Great Art Work 2016-2025 strategy to increase engagement in the arts.

Investment in ‘Creative Places Ireland’ denotes a change in the way the Arts Council invests in the arts – for the first time it will be directly investing in a place and its people and working with key local partners to uncover each location’s key assets, resources and ambitions.

It is hoped the pilot programme, with funding of €150,000 per annum, will encourage a sustainable grassroots approach to creativity and arts development and create new opportunities for local communities to choose, design and take part in brilliant arts experiences over a number of years. It is based on an understanding that people have the ideas, relationships, resilience and ambition to develop and sustain their own creative change.

Following extensive research, the town of Tuam is being offered the pilot because it satisfied criteria indicating that it would enjoy social and economic benefits from sustained investment in the arts, and to recognise that people there are very interested in arts and culture.

The Arts Council envisages that Tuam will become an exemplar of the programme and the pilot will also help to shape the future development of the arts in other places throughout the country. It is expected that the pilot will formally launch in October 2019.