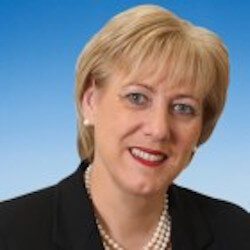 Minister Heather Humphreys has confirmed that the name of her newly reconfigured Department has been approved by Government as the Department of Arts, Heritage, Regional, Rural and Gaeltacht Affairs.

Ms Humphreys was recently forced to reject claims her new range of departmental responsibilities represents a downgrading of the status of arts, culture and heritage in the Government’s priorities after the she had been given the role of Minister for Regional Development, Rural Affairs, Arts and the Gaeltacht.

Minister Humphreys stated in a press release:
“This name reflects the wide range of responsibilities under my Department’s remit. Placing ‘Arts’ at the start of the title also reflects the fact that the arts division accounts for the biggest portion of my Department’s budget. In 2016, arts, culture and film will account for half of the budget under my reconfigured Department. My Department’s website and associated materials will be updated to reflect the new name in the coming days.”