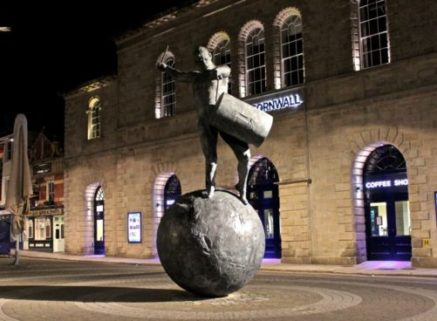 VAI is delighted to present a series of events with artist Tim Shaw taking place in Belfast and Dublin. Global terrorism, freedom of speech, abuse of power and artificial intelligence. Some of the themes our guest artist, Tim Shaw, has explored through his sculpture and installation works.

Originally from Belfast, sculptor Tim Shaw will be sharing his work and experiences with us in Belfast and Dublin this month in three special events.

He will be giving free lunchtime talks about his work and career to date. He will share significant moments from throughout his career and discuss his major international solo exhibition from last year, for which he created six large scale immersive installations at the San Diego Museum of Art.

He will also be hosting a peer critique for six artists in Belfast where there will be the opportunity to gain feedback from the group and draw on Tim’s breadth of experience.
timshawsculptor.com

Join artist Tim Shaw for an illustrated talk reflecting on his career to date and his 25-year spanning solo exhibition at the San Diego Museum of Art from the beginning of this year.

VAI’s Peer Critique is intended to assist your progress as an artist. We all know that making art can be a solitary pursuit. Developing concepts can take place in solitude. This can make it very difficult for an artist to gauge if they are on the right track in their work. Peer Critique is an opportunity to learn more about your work, your artistic practice, and yourself.

Following a presentation on his work, artist Tim Shaw will then guide the group and examine and interpret the work with care. Each participant will be asked to give a brief presentation on their work or a particular area that they wish to address. Following this, the group will then discuss the work covered and through constructive conversation reflect back realities that the artist may not see for themselves.

Tim Shaw was born the son of a linen merchant and educated at schools in Belfast, Dublin and Enniskillen. He began modeling with clay at school, and decided to become a sculptor at the age of 15 after discovering a book on Rodin in a local bookshop.

He studied art at Manchester Polytechnic and Falmouth School of Art, graduating with First Class Honors in Fine Art in 1989. After a spell working in Bristol and across southern England as a restorer and conservator of buildings and sculpture, he devoted himself to sculpture full time.

Shaw has executed a number of major commissions, including The Rites of Dionysus for the Eden Project, Cornwall, The Minotaur for the Royal Opera House, London, The Green Man for Antony House near Plymouth and The Drummer, which stands in Lemon Quay, Truro.

Shaw was elected to The Royal Academy of Arts in 2013 has exhibited in the Summer Exhibition annually. He also won the prestigious Jack Goldhill Award for Sculpture at The Royal Academy of Arts Summer Exhibition in 2015, the Mullan Prize at the Royal Ulster Academy, and a Kenneth Armitage Fellowship, which allowed him to spend two and a half years living and working in the late sculptor’s London studio: “The place possessed something which drove me to work and live to the very last drop of energy.”

He has undertaken international residencies in Greece, Spain and Ireland, and in 2015 was awarded the George Schimmel Fellowship at the Käte Hamburger Center for Advanced Study in the Humanities of Law as Culture in Bonn, Gemany.

A more political side to his work is evident in a number of sculptures responding to issues such as terrorism and the war in Iraq such as Tank on Fire which was awarded the selectors’ choice Threadneedle prize in 2008, and the deeply affecting installation Casting a Dark Democracy, which the Financial Times described as “The most politically charged yet poetically resonant new work on show in London. Casting A Dark Democracy is one of too few works to engage unequivocally with the reality and human cost of the Iraq war ”.

Shaw has presented a number of major exhibitions throughout the UK, Ireland and internationally. ‘Mother the Air is Blue, The Air is Dangerous’ at the F.E McWilliam Gallery in Northern Ireland, ‘Black Smoke Rising’ toured from Mac Birmingham to Aberystwyth Arts Centre and most recently with the Royal West of England Academy in Fire: Flashes To Ashes In British Art 1962 – 2019.

His most significant international solo exhibition to date was hosted at San Diego Museum Of Art (October 2018 to February 2019). Beyond Reason included six immersive large-scale installations, exploring themes of global terrorism, freedom of speech, abuse of power and artificial intelligence. The exhibition opened to critical acclaim and was listed by Artnet as one of the top museum exhibitions worth travelling for in the US.

Currently, Shaw lives on a farm near Falmouth, where he first lived as a student and where he has had his home and studios for 25 years. 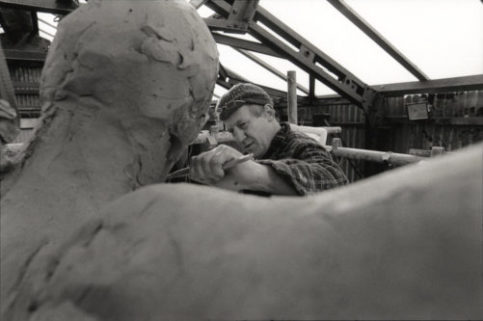 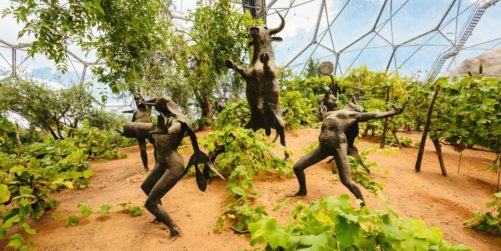 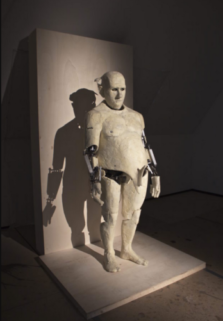 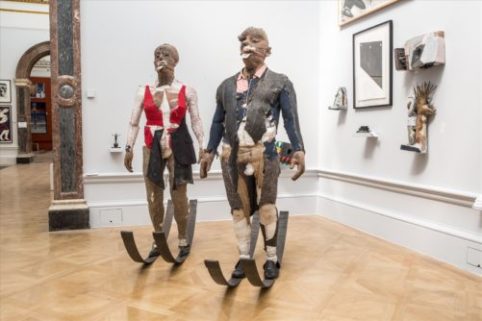 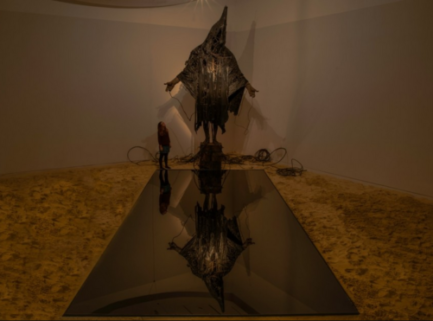