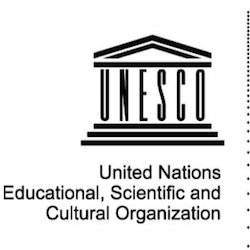 UNESCO celebrated International Women’s Day (8 March) at its Headquarters and field office with a roundtable debate on gender equality in the art world, an advocacy campaign for women to be better represented in the media, and an international art exhibition.

Organised in cooperation with the French National Committee of UN Women, the roundtable discussion “The courage to create: gender equality and the arts” focused on the challenges encountered by female artists, art as a forum for expression for women, and the part the arts can play in deconstructing gender-based stereotyping.

Bringing together experts and artists, the roundtable was introduced by Laurence Rossignol, France’s Minister for Families, Children and Women Rights, along with Fanny Benedetti, Executive Director of the French Committee for UN Women, and Eric Falt, UNESCO’s Assistant Director General for External Relations and Public Information.

Furthermore, on 8 March, UNESCO launched the 2017 Women Make the News awareness raising campaign on the need to improve the representation of women both in newsrooms and in the choice of subjects the media report on. The campaign is organised with the Global Alliance on Media and Gender www.unesco.org/new/en/communication-and-information/ and UN Women www.unwomen.org/international-womens-day targeting editors in chief, journalists, bloggers, journalism schools, intergovernmental and nongovernmental organisations.

Online, UNESCO also marked the Day with the launch of a new edition of the eAtlas for Gender Inequality in Education to show where girls and women are making progress and where they are being left behind at every level of education. The eAtlas was created by the UNESCO Institute for Statistic (UIS). tellmaps.com/uis/gender/

An exhibition on the creativity of young women in shaping our future, will be held at UNESCO Headquarters from 8 to 17 March featuring works by artists from ten countries (Azerbaijan, Belgium, China, Cook Islands, Egypt, Greece, Honduras, Poland, Dominican Republic and Tunisia).