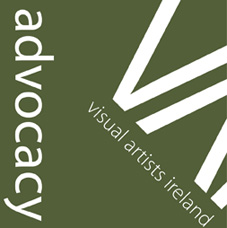 Three of Northern Ireland’s executive departments are likely to be broken up as part of a Stormont shake-up, the BBC understands.

“The proposal to remove Arts & Culture as a primary focus of a government department is both unacceptable and a retrograde step for the people of Northern Ireland.

Anyone who works in the arts and the creative industries understands their worth – not only in terms of the value they provide to us as consumers, but the value they add to our economy. Even this economic argument does not go far enough to explain the impact that visual arts, music, theatre, and other cultural forms have on the general public. The anger that such a move will cause should not be underestimated. The Arts & Culture touches every citizen of Northern Ireland and has been for too long an easy target. This move is both short sighted and ill advised as it fails to understand both the role of the arts for the people of Northern Ireland and the visitors to our country who are drawn by the wealth and breadth of our cultural identity.

Let us embrace our unique identity, and our ability to lead in the world of culture and find ways to continue to place culture as central to our government, and instead of following the mistakes of inexperienced advisors, let us stand tall and ensure that our support for Arts & Culture is shown at the highest level possible.

ADD YOUR OWN MESSAGE HERE