We continue our 2022 Artist Talks series by welcoming internationally renowned artist Candice Breitz. The talk takes place on Tuesday (17 May) at 5pm on online via zoom.

Candice Breitz is a Berlin-based artist. Her moving image installations have been shown internationally. Throughout Breitz’s career, she has explored the dynamics by means of which an individual becomes him or herself in relation to a larger community, be that the immediate community that one encounters in family, or the real and imagined communities that are shaped not only by questions of national belonging, race, gender and religion, but also by the increasingly undeniable influence of mainstream media such as television, cinema and other popular culture. Most recently, Breitz’s work has focused on the conditions under which empathy is produced, reflecting on a media-saturated global culture in which strong identification with fictional characters and celebrity figures runs parallel to widespread indifference to the plight of those facing real world adversity. She is currently working on the third part of a video trilogy that focuses on the attention economy, following the first and second chapters of the trilogy—Love Story (2016) and TLDR (2017).

Breitz holds degrees from the University of the Witwatersrand (Johannesburg), the University of Chicago and Columbia University (NYC). She has participated in the Whitney Museum’s Independent Studio Program and led the Palais de Tokyo’s ‘Le Pavillon’ residency as a visiting artist during the year 2005-2006. She has been a tenured professor at the Hochschule für Bildende Künste in Braunschweig since 2007.

To hear more about Candice’s practice and to participate in the Q&A session thereafter, please book your place for this online webinar here.

We hope you can join us. 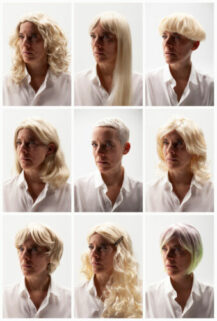