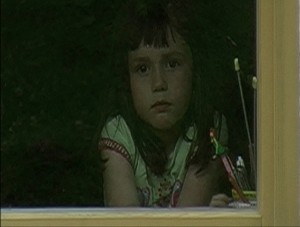 Artist Angie Duignan Explains How She Created Work for the ‘Imagination of Childhood’ Exhibition at the V&A  Museum of Childhood in London, which ran from October 2011 to February 2012


‘The Imagination of Children’ brings together nine visual artists who are fascinated by children’s ability to play and ‘make believe’; in particular, the ways in which they can live in their imagination. Historically, children’s imaginings have been seen as a source of conflict with the adult world, but this display recognises and celebrates the profound creativity of a child’s imagination. Some works observe that children can readily become someone they are not for the purposes of a game, and that fantastical stories are created on a daily basis. Other pieces take, as a starting point, the way in which a child’s perception of the world can often find expression through their physical activity.

I was invited to exhibit in this show after participating in the TRADE International Residency Programme, developed by Leitrim and Roscommon County Council Arts Offices in 2007, alongside Frances McGonagle, Cathy Reynolds, Holly Asaa and Laura Gallagher, with invited artist Rebecca Fortnum from the UK. We explored personal practice, documentation processes, and intent.

As a consequence of the work I made while on the residency, I was invited by Rebecca, in 2008, to exhibit in the show she was developing with The V&A Museum of Childhood. Originally, she selected a four-minute video work I had made during the residency, The Leakie Leakie Story – An Investigation Into the Acquisition of Language from a Domestic Perspective. The work explores what knowledge is contained in ‘the book’, individual interpretations, and questions on how we obtain information from text. It asks several questions: Does the book change every time we read it? What do we process, what do we filter, and why? And how is the book different for each of us?

Due to sound issues with the piece that I felt could not be resolved successfully, I offered the work, How does that story go again…? I created this for the ‘Alter/native project’ (2009) as part of Boyle Arts Festival, after being invited by artist Carolanne Connolly. The piece was displayed as a 78”x 40” archival inkjet photographic print hung from bull clips on a wall, with a 10 minute audio of a child telling her version of The Princess and The Pea, that played through headphones.

After a chance meeting at the festival opening, with an old friend Róisín Loughrey, I travelled to Manorhamilton to see her solo show ‘On the Edge of Eden’ in the Leitrim Sculpture Centre. I contacted Rebecca and suggested she look at Róisín’s work, as I thought it might fit with the exhibition theme. She selected Róisin’s short film Spring Has Forgotten This Garden (Video / Colour / 6 minutes) for the show.

From the initial invitation to the installation took three years. Initially, Rebecca hoped to secure funding to produce the show, but was unsuccessful. It was put to the invited artists, later in 2010, that the show would go ahead if we sought our own funding, as the museum was not in a position to fund the show, but would provide technical assistance with installation, promotion of the show on their website, electronic- invitations, and printed maps and guides. As this was a great opportunity to show internationally, in a high-profile venue with an estimated audience attendance of 100,000, we agreed to go ahead and fund ourselves. I applied and was awarded an Individual Artist Bursary Award from The Arts Council of Ireland, through Roscommon County Council Arts Office in 2010. Thankfully, in 2011, Róisín and myself were successful with a joint application to Culture Ireland, and received funding towards travel, accommodation etc.

I faced a number of challenges working within the museum. We travelled to London for an initial meeting and site visit with Rhian Harris (Director of MoC), and Rebecca, in early 2010, and again in early 2011. Display and site options were discussed with the Exhibitions Assistant, who liaised with the artists from that point on. The building is open plan, with two stories, which resulted in enormous acoustic problems. I can only compare it to a noisy swimming pool on a Saturday morning. Audio could not be played through headphones in the museum as we were advised that young clientele were prone to ‘ripping’ headphones out of the walls. I worked on a design that would minimize the noise pollution in the environment: a 5ft high x 4ft deep x 3.5ft wide upholstered chair containing four speakers and a CD-player, securely housed inside it, which could not be accessed by curious little hands.

The audio needed to play continuously – eight hours a day, six days a week – for four months, which in itself created a huge challenge. Ideally, I would have set up the audio to be triggered by a sensor. However, this was not feasible due to a high risk of mechanical failure, owing to interaction with the work. I was not in a position to travel over to sort out technical problems once the work had been installed so I decided the audio would play continuously on a loop. Unfortunately, the chair was classified as ‘interactive’ in a risk assessment carried out by the museum, and could not be covered under the their insurance policy.

There were also concerns about the durability of the print, again due to visitor interaction, and so it was decided that the life size print (80” x 48”) would be laminated onto 12mm MDF, as requested by the museum. Both the chair and the print were outsourced and produced in London to try and cut down my costs. The first time I saw both the print and the finished chair was upon arrival in London to install the work. The chair was assembled on-site, and the audio tested in the noisy environment of the museum. Finally (and with a huge sigh of relief) both the print and the chair were crafted to a very high standard and installed effectively in the space.

The next stage (and my next challenge) is to ship the work to the Centre for Emerging Visual Artists (CFEVA) in Philadelphia where I have curated ‘Interchange’, 30 April-18 May 2012: a group show featuring the work of Irish artists Michelle Browne, Padraig Cunningham & Linda Shevlin, Michael Fortune, Niamh O’Connor, Mandy O’Neill, David J. Pierce and myself. This show explores ‘the narrative’ in a broad context, as a theme, and I chose eight Irish artists who use the mediums of video, photography, and audio. I selected works I feel encapsulate and reflect varied aspects of the wider themes of identity, heritage, story telling / ritual, and social change – illustrating contemporary Ireland, its culture and heritage, while drawing parallels within a wider global context. ‘Interchange’ has been made possible through funding from Culture Ireland.

I have collaborated with Jacinta Lynch, Director of Broadstone Studios, Dublin, and Ángel Luis Gonzales, Director of PhotoIreland to bring an exchange show from CFEVA to Broadstone. ‘Adapt’ 15 July – 6 August is curated by Amy Stevens, and will feature photography and video works to be included in the PhotoIreland Festival programme.

The concept for an exchange show between the US and Ireland arose from meeting Amy Stevens (visiting artist / curator and lecturer) while on the Art@Work residency programme organised by Roscommon County Council Arts Office in 2010. From our initial dialogue we recognised a need to forge links and build connections that would be mutually beneficial. The aim is to develop networks with other artists, organisations and institutions with a view to sharing experience, information and developing artistic opportunities. The objective is to create the potential for future collaborations, exchanges and dialogue.

Angie Duignan is a visual artists based in Roscommon. She works in photography, video and audio installation in addition to freelance curation and project facilitation. She is the mid-western regional representative for Artists Studio Network Ireland and is undertaking an MA at NCAD.

[i] From a press release by exhibition curator, Rebecca Fortnum.
Share:
FacebookTwitterLinkedInTumblrEmail